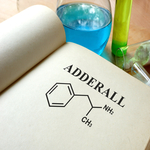 Amphetamine salts, such as Ritalin ® or Adderall ®, are prescribed by physicians to treat attention deficit hyperactivity disorder (ADHD). While prescription stimulants can be an effective ADHD treatment, the drugs are commonly diverted and used by people who want an edge for studying. Others will use the drugs to get high or for extra energy for partying longer. Stimulants are highly addictive, and abuse can lead to a number of serious health problems. What’s worse, the majority of stimulant users are unaware of the risk amphetamines pose.

The non-medical use of drugs like Adderall is especially common among young adults, typically those enrolled college. Small doses of amphetamines can increase people’s focus, helping them study for prolonged periods of time. In heavy amounts, the drugs can lead to life threatening side effects, including nausea, vomiting and seizures. In fact, new research shows that while prescriptions for stimulants have remained fairly level in recent years, non-medical use of Adderall by young adults has risen by 67 percent and associated emergency room visits rose by 156 percent, UPI reports. The study was conducted by researchers at Johns Hopkins University and was published in the Journal of Clinical Psychiatry.

Unfortunately, many young adults do not view the use of stimulants as being dangerous. What’s more, amphetamine narcotics are most commonly acquired from one’s friends and family. The researchers point out that misconceptions about the use of Adderall can be deadly, resulting in high blood pressure and even a stroke.

“[The study] suggests that the main driver of misuse and emergency room visits related to the drug is the result of diversion — people taking medication that is legitimately prescribed to someone else,” said former Johns Hopkins student Dr. Lian-Yu Chen, now a researcher at National Taiwan University Hospital. “Physicians need to be much more aware of what is happening and take steps to prevent it from continuing.”

If you are struggling with non-medical amphetamine use, it is vital you seek help immediately, please contact Harmony Foundation. Breaking the cycle of addiction is a difficult process. We offer the most effective treatment environment for young adults, we can help you begin the healing process and the journey into recovery. It is no secret that alcohol can cause insidious harm to the human body; excessive alcohol use has been linked to a number of forms of cancer and can cause serious harm to one’s liver and/or pancreas. Every year, new research is published showing what can result from prolonged heavy drinking, yet the majority of adults who consume alcohol do not heed the findings. What’s more, one can abuse alcohol without meeting the criteria for alcoholism, and still experience the long term side-effects that can accompany use.

It is important to keep that in mind, considering that many “baby boomers” who are reaching old age and may begin to experience the adverse effects of alcohol. Alcohol-related brain damage often goes undiagnosed, according to experts, and many times it is misdiagnosed as Alzheimer’s disease or dementia, The Wall Street Journal reports. When people’s memory begins to slip, it is often attributed to getting older, but alcohol may be the culprit instead.

“As we get older, we all lose a little gray-matter volume and white-matter integrity, but in alcoholics, those areas break down more quickly. It looks like accelerated aging,” says Edith Sullivan, a professor of psychiatry and behavioral science at Stanford University.

Modern brain scanning technology shows that excessive alcohol use over long periods of time can actually damage white-matter fibers that connect the various areas of the brain together, according to the article. It can also alter brain structure, negatively affecting gray-matter cells responsible for:

Brain scanning allows doctors to diagnose “alcohol-induced neurocognitive disorder” and “alcohol-related dementia.” Researchers point out there is no way of knowing the threshold that, when crossed, could result in the aforementioned health problems, the article reports. Alcohol affects everyone differently, and there are a number of factors to consider when determining the effects of excessive use, such as:

If you believe that your alcohol consumption may be impacting your health, it is best to cease drinking. It’s possible that you may struggle with such a goal and may need outside assistance. Harmony Foundation can help you begin living a life free from alcohol. 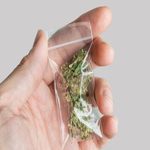 People use marijuana more than any other illicit drug, yet the plant has been severely understudied. In recent years the use of marijuana has fallen into a veritable grey area, with states legalizing the drug for both medical and recreational use, despite marijuana being illegal on the federal level. Greater acceptance of marijuana use has led to a surge in research on the drug, regarding both the dangers of use and the plant’s medicinal properties. There is little question about marijuana being more benign than let’s say methamphetamine; however, there are still many scientists who are unsure regarding the long term effects of use.

Many marijuana users, including teenagers, believe that marijuana is harmless; they often say that ‘no one has ever died from marijuana use!’ While that may be true, whenever someone uses a mind altering substance there is an effect on the brain – which may be more serious than you’d might think. What’s more, marijuana has become available in highly potent forms, containing tetrahydrocannabinol (THC) levels upwards of 20 percent; THC is the principal psychoactive constituent found in the plant.

In fact, new research suggests that high-potency marijuana may damage nerve fibers in the brain, which connect the organ’s two hemispheres, HealthDay reports. The study was conducted by researchers at King’s College London.

The research team analyzed MRI scans from 99 people, some of which had been previously diagnosed with psychosis, according to article. The researchers found that frequent use of high-potency marijuana was associated with damage to the corpus callosum, the largest white matter structure in the brain. The corpus callosum is notably rich in cannabinoid receptors. The stronger the marijuana, the greater the damage.

“We found that frequent use of high-potency cannabis significantly affects the structure of white matter fibers in the brain, whether you have psychosis or not,” said senior researcher Dr. Paola Dazzan, of the Institute of Psychiatry, Psychology & Neuroscience at King’s College London.

The findings were published in Psychological Medicine.

While marijuana is legal to use recreationally in four states, including Colorado, it is important that the public be made aware of the risks of use. Like alcohol, just because it’s legal does not mean it is safe. Teenagers are especially susceptible to adverse effects because their brains are still developing. Marijuana can also lead to dependency, which can require outside help. If you or a loved one is addicted to marijuana, please contact Harmony Foundation for assistance, we have been able to help tens of thousands of people learn how to live life free from addiction. 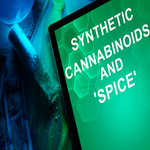 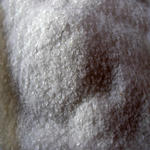 Over the last few years concerns have been mounting about dangerous synthetic drugs being used across the country. The most common synthetic drugs come in the form of bath salts or herbal plant matter sprayed with powerful chemicals designed to mimic the effects of traditional narcotics.

Synthetic marijuana is perhaps the most popular amongst teenagers and young adults, sold under brands names like Spice and K2. Officials have had a difficult time policing these drugs because the manufactures quickly alter the chemical makeup as soon as the government issues a ban.

The latest synthetic drug to gain popularity is known as “flakka” (alpha-PVP), a synthetic stimulant drug of the cathinone class – a cousin of the chemical used on the widely used bath salts (MDPV). While flakka cases have been confined to Florida, officials are not finding the insidious drug in other states, The Wall Street Journal reports. Flakka is known to cause delusions and aggression, and can be addictive.

Officials in South Florida have found that alpha-PVP has replaced crack cocaine due to cheap prices and ease of purchase online from China, according to Capt. Dana Swisher of the Fort Lauderdale Police Department. He says, “Our concern is that we’re going to start getting people into the game that weren’t necessarily potential sellers and distributors in the past.”

Many users of flakka, as well as other synthetic drugs, are unaware of just how dangerous they can be. The medical examiner in Broward County, South Florida reports that flakka has been linked to 29 deaths in the past year, according to the article. Other states can expect to see similar instances; officials have already seen cases in Kentucky, Tennessee and Ohio.

The common side effects associated with alpha-PVP use include:

If you or a loved one is abusing synthetic drugs, please do not hesitate, contact Harmony Foundation to begin the journey of recovery. Harmony is a state-of-the-art, affordable, residential addiction treatment program located in the Rocky Mountains. 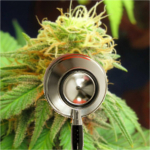 The need for a better understanding of marijuana’s medicinal properties is great, considering that more states are expected to adopt medical marijuana programs in the coming years. There are currently 23 states and the District of Columbia which have active medical marijuana programs. Such programs have brought on an increase in research involving the controversial drug. While each state is different regarding the acceptable health conditions for which marijuana can be recommended, new research suggests that cannabis works for treating some conditions better than others, Reuters reports.

“As systematic reviewers, we have provided a summary of the available evidence which doctors can now use to make decisions regarding whether to prescribe cannabinoids for their patients,” said Penny Whiting of University Hospitals Bristol NHS Foundation Trust in the UK.

Whiting points out that when considering the benefits of using marijuana to treat medical conditions, one must also consider the potential side effects which often accompany the drug, according to the article. Side effects which include:

“Individuals considering cannabinoids as a possible treatment for their symptoms should discuss the potential benefits and harms with their doctor,” said Whiting.

The research was published in the Journal of the American Medical Association (JAMA).