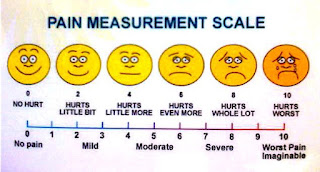 Colorado is one of 17 states that has legalized the use of medical marijuana and has seen a notable increase of dispensaries popping up around the state. With new business comes new advertising and both have been under fire in recent months.

This summer the Colorado Legislature appointed Matt Cook, an official in the State Revenue Department, to oversee the industry. Cook is spearheading the regulations for Colorado’s marijuana industry reportedly modeled on the state’s gaming industry.

The tightening of regulations came out of a growing suspicion that the state’s marijuana industry was going beyond just medicating the terminally ill. The law passed in 2000 called for the use of medical marijuana for patients with “debilitating conditions” like cancer, glaucoma, HIV/AIDS, and immeasurable conditions like nausea and pain. According to the Colorado Health Department, records indicate that of those registered for the use of medical marijuana, just 2% had cancer, 1% had HIV or AIDS and the remaining had self described “severe pain.” The challenge with patient’s description of pain is that it is subjective and nearly immeasurable (aside from the smiley-face chart depicted above). In addition, the majority of those registered are men under 40, who coincidentally make up the majority of those who abuse the drug.

Responding to these statistics and rising suspicions, Colorado has now joined Oregon and Washington as the three states that wish to reform their current laws around marijuana. Voters this fall will have the potential to eform their state’s marijuana use laws and according to a June poll conducted by Rasmussen Reports, 61 percent of Colorado voters agree in marijuana regulation.

The next feat for Colorado is regulating the advertment of medical marijuana. On August 20th the Denver City Council voted 12-0 to ban the looming outdoor advertisements not only on billboards but anywhere in the city visible to the public, including fliers and leaflets on sidewalks and parks. Debbie Ortega, a Denver City Councilwoman, reported that she was “confounded by sign spinners advertising ‘free joints’ for an adjacent medical marijuana business” and that  “This type of advertising is both disturbing and unsightly. I became very concerned for the children in my neighborhood and throughout the Denver community.” Her main concern was that the ads made it appear as though anyone were able to get a “free joint.” In an ABC NEWS interview she asserted, “I decided that Denver has a responsibility to protect our kids from being exposed to medical marijuana advertising and from being targeted as long term customers.”

Ortega makes a valid point, because just as with cigarette ads, they implant the notion that it is common, normal, cool and ok to smoke, and children and teens are especially susceptible to these messages. These advertisements and the myth that “weed isn’t addictive” is an increasing problem because it normalizes the use of marijuana for recreational purposes. However Colorado drug rehab centers continuously get admissions from those suffering from marijuana dependence. The admissions are often those who began using marijuana at a young age and men under 40 years old.

If you or a loved one is suffering from Marijuana Addiction, our Colorado drug treatment facility can help.