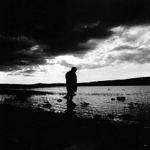 For the millions of people around the world living with depression the most common form of treatment is medication. While medications, notably selective serotonin re-uptake inhibitors (SSRIs), have proven to be effective in managing the symptoms of depression for many, there are a significant number of people for whom SSRIs do not work. Naturally, the need to create medications for SSRI resistant people is crucial.

Researchers at the University of Bath in England have found that a combination of two drugs often used for treating addiction may lead to a new drug for treating SSRI resistant depressives, MedicalXpress reports. If successful, the 30-50 percent of patients living with depression who do not respond to SSRI treatment may have a remedy in the near future.

“Whilst SSRIs work for a lot of people, they can cause serious side effects and don’t work for everyone,” said Dr Sarah Bailey, senior Lecturer in the Department of Pharmacy & Pharmacology at the University of Bath. “No new drugs for depression have been developed for decades – they all work in a similar way – so there’s an urgent need to develop new treatments for this condition that affects around 4 million adults in the UK.”

The research team combined buprenorphine with naltrexone and found that it produced antidepressant-like responses in mice, according to the article. Buprenorphine is commonly used in detox and addiction treatment settings to alleviate the severe discomfort and cravings that occur during opioid withdrawal. Naltrexone is used for the treatment of both opioid and alcohol addiction; the drug blocks the euphoric effects of opioids and it has been shown to decrease heavy drinking.

“Our study shows that using a combination of naltrexone and buprenorphine gives an antidepressant effect in mice, but without the problems of addiction that could be caused by using buprenorphine alone,” said Dr Bailey. “Developing new drugs is a lengthy process, with lots of safety tests and trials to go through. These two drugs have already gone through that process individually, so we know they are safe. There still need to be further trials of the combination in humans, but the whole process of developing this as a new treatment would be greatly reduced.”

Addiction is often accompanied by various mental illnesses, such as depression. If you are or a loved one is living with a co-occurring disorder, please contact Harmony Foundation to begin the journey of recovery. Harmony is a state-of-the-art, affordable, residential addiction treatment program located in the Rocky Mountains.