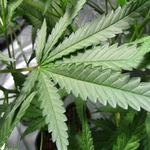 Marijuana has long been referred to as a ‘gateway drug,’ a moniker which has been thrown around in defense of continued cannabis prohibition. While it may be true that people who engage in the illicit use of other drugs used marijuana first, there is very little evidence to support the idea that the use of marijuana leads to harder drugs. New research suggests that the varying reasons people have for using marijuana has bearing on who is at risk of using other illicit drugs, ScienceDaily reports.

Analyzing data from the Monitoring The Future (MTF) Survey, researchers at New York University’s Center for Drug Use and HIV Research (CDUHR) sought to determine how reasons for illicit marijuana use relates to the use of other drugs individually. The NYU researchers drew their findings from data collected on high school seniors.

“Aside from marijuana, a wide range of illicit drugs are prevalent, each having different use patterns, and different effects and dangers associated with use,” said Joseph J. Palamar, PhD, MPH, a CDUHR affiliated researcher and an assistant professor of Population Health at NYU Langone Medical Center (NYULMC). “Our research helped to identify subtypes of illicit marijuana users who use other drugs, as this may be able to inform prevention efforts.”

The research focused on self-reported use of eight other illicit drugs, including:

The study, “Reasons for Recent Marijuana Use in Relation to Use of Other Illicit Drugs among High School Seniors in the United States,” showed that people who used marijuana because they were bored had an increased risk for reporting the use of powder cocaine or hallucinogens other than LSD, according to the article. The researchers found that 11% of the sample reported using marijuana to amplify other drugs. Those who used marijuana infrequently were found to be generally not a risk for using other illicit drugs.

“Interestingly, we found that using marijuana ‘to experiment’ decreased risk of reporting use of each of the eight drugs examined before adjusting for other variables,” said Palamar. “The marijuana users in this sample who used to experiment were consistently at low risk for use of nonmedical use of prescription narcotics.”

If you are battling with a substance use disorder, please contact Harmony Foundation. We can help you build the foundation for recovery.