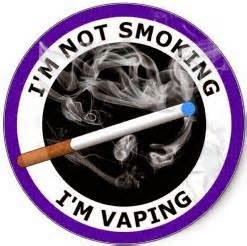 This is the case for the abuse of prescription pills, which is now a national epidemic. Many adults, young adults and teens fell prey to prescription addiction by believing the drugs were safe because they were prescribed by a physician or FDA approved. People perceived that illegal drugs like cocaine or crystal meth were unsafe and prescription drugs were safe despite the comparable addictive qualities of both drug types.

This was also the case for synthetic drugs like bath salts and spice, especially among young adults who could easily purchase them at convenience stores. Many were under the false guise that these drugs were ok because after all, they didn’t even register on drug tests. Soon enough emergency personnel were reporting that these drugs were even more dangerous than commonly abused illegal drugs and their exact health consequences are still unknown.

Most recently the same debate has come up against vaping or e-cigarettes. Because e-cigarettes don’t contain the 60 plus carcinogens that regular tobacco smoke does, they have grown in popularity and perceived as the safer alternative with limited health consequences. Most vapor cigarettes are made with propylene glycol that the FDA has determined are generally safe. However, few know that these chemicals have been deemed safe for personal care products – not for inhaling. Also, few are aware that five minutes of vaping impairs lung function as much as smoking a regular cigarette.

A recent New York Times article outlined the dangers of the liquid nicotine in e-cigarettes, stating, “the key ingredients in e-cigarettes, are powerful neurotoxins. Tiny amounts, whether ingested or absorbed through the skin, can cause vomiting and seizures and even be lethal. A teaspoon of even highly diluted e-liquid can kill a small child.”

Because the e-liquids are not regulated by the FDA and legal to purchase, people don’t tend to consider their health liability and toxicologists fear that children are particularly at risk of being poisoned. In fact, there have already been several accidental poisonings reported with 1351 cases in 2013, many involving small children who innocently drink the chocolate or bubble gum flavored liquid sitting around the house. The e-liquid is considered more dangerous than tobacco because it is immediately absorbed. Children are not the only group at risk, as many adults have been admitted into hospitals for accidental ingestion. Recently a woman from KY was admitted to the hospital after e-cigarettes broke in her bed and was absorbed through her skin.

Often when addictive substances hit the market unregulated, it takes several poison control center or emergency room incidents to alert the FDA and public that health consequences exist. When addiction is in the driver’s seat, it is impossible for health to remain untethered despite substances being deemed or marketed as “safe” initially. We have observed this through treating all addictions at our Colorado rehab center and know that when it comes to addiction, there are always mental and or physical health consequences for the addict and loved ones.