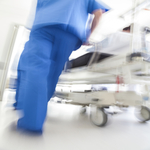 When it comes to which mind altering substances carry the greatest health risk it is probably fair to say that most Americans would agree that marijuana is at the bottom of the list – as is evident by the continued lightening of restrictions when it comes to the use of cannabis. In the last 20 years, since California became the first state to legalize the use of medical marijuana, more and more states have hopped on the “green train,” medical marijuana is now legal in 24 states and Washington D.C. Four of those states and Washington, D.C. have also legalized adult recreational use, with more states expected to follow suit this November.

The State of Colorado is one of the four states that have legalized adult cannabis use, and in 2014 sale began throughout the state. Legalization, like one might expect, has brought about a surge in marijuana tourism, that is people who would like to walk into a store and buy marijuana, just like one would by a six-pack of beer. The novel experience is a not without risk, a new report has shown a spike in emergency room visits involving out-of-state visitors experiencing marijuana-related medical problems, HealthDay reports. Between 2013 and 2014, the number of marijuana tourists visiting the University of Colorado Hospital emergency room doubled, according to a research letter published in the New England Journal of Medicine.

“People in Colorado are becoming more experienced with use of these products,” said study co-author Dr. Andrew Monte, an assistant professor of emergency medicine at the University of Colorado School of Medicine in Aurora. “Sometimes visitors to the state, it’s more difficult to get the educational information in their hands. They may be less experienced with the particular products in the state. They haven’t been exposed to the deluge of public health messaging.”

While marijuana may be perceived as being a benign substance, a number of marijuana products contain extremely high levels of tetrahydrocannabinol (THC) – the main psychoactive ingredient that produces the high marijuana users experience. Monte points out that the majority of ER visits are the result of marijuana affecting pre-existing medical conditions, according to the article. Cannabis edibles are also responsible for a large number of emergency room visits, which if too much is consumed can cause severe vomiting.

It is important to keep in mind that on top of physical health risks, marijuana can become habit forming and potentially lead to addiction. If marijuana is negatively impacting your life, please contact Harmony Foundation for assistance.