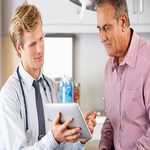 It is safe to say that prescription opioid addiction, like any substance with the potential for addiction, does not discriminate. The nation has seen opioids take the lives of thousands of people for over a decade, yet patients continue to be prescribed the drugs at unprecedented levels. Part of the problem is that pain needs to be managed, and the drugs that work best happen to be highly addictive. If misused, opioids like oxycodone or hydrocodone can be life threatening.

Unlike the typical stereotypes that often accompany heroin addiction, prescription opioid addicts are often: professionals, mothers, students, productive members of society. Addiction typically stems from an injury that required the use of painkillers. While most people can use a prescription opioid until the pain goes away, there is a large number people who become dependent on such drugs and what was once a method of pain management can quickly become an addiction.

Faced with a prescription opioid addiction epidemic, federal agencies and lawmakers have made it more difficult for prescription opioids to be acquired and abused. In turn, people dependent on the drugs have been forced to look to the street, many of which opt for heroin as a cheaper and stronger opioid.

The nation’s opioid epidemic happens to coincide with the “Baby Boomers” meeting old age or on the cusp. Naturally, the generation is requiring more frequent medical attention, many of which require pain management. It is believed that more than half of patients being treated for chronic pain misuse their medication at some time, ScienceDaily reports. Fortunately, new research suggests that motivational interviewing (MI), a form of behavioral counseling developed to treat alcohol abuse, may be effective in fighting prescription opioid abuse among aging adults.

“Older adults are at high risk for complications resulting from prescription opioid misuse,” says Chang, PhD, RN, associate professor and interim associate dean for research and scholarship in the University of Buffalo School of Nursing. “As the baby boomer generation ages and more patients are prescribed opioids, abuse is likely to become an even greater problem.”

MI promotes a patient’s desire to change behaviors that may be problematic by:

Patients 50 years of age and older who had chronic pain and were rated at risk for opioid misuse were examined by researchers, according to the article. The participants underwent MI for one month with counselors, and later received a one month follow-up test. Participants reported an increase in confidence, self-efficacy and motivation to change behavior, and a decline in depression, anxiety and the intensity of chronic pain.

“The Effect of Motivational Interviewing on Prescription Opioid Adherence Among Older Adults With Chronic Pain,” was published in a recent issue of Perspectives in Psychiatric Care.