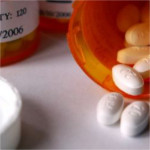 In a number of states, especially the ones hardest hit by prescription opioid abuse, drastic measure have been taken to curb the problem. While such efforts have shown promise, such as prescription drug monitoring programs and greater access to naloxone, many states are still seeing a rise in overdose deaths. New research suggests that the number of drug overdose deaths rose in 26 states between 2009 and 2013, Reuters reports. Only six states saw a decrease in overdose deaths during the same time period.

The study was conducted by the nonprofit group Trust for America’s Health and the Robert Wood Johnson Foundation. Their findings indicated that an estimated 44,000 Americans died from drug overdoses in 2013, a figure which is more than double the number found in 1999. Drug overdoses were responsible for more deaths in 36 states than motor vehicle-related deaths, according to the article.

In 2013, almost 52 percent of overdose deaths were related to prescription drugs. The two types of prescription drugs that were linked to the majority of overdoses were opioid painkillers and benzodiazepine anti-anxiety medications, such as OxyContin ® (oxycodone) and Xanax ® (alprazolam). The study found that more than 16,000 deaths were related to opioids and almost 7,000 were tied to benzodiazepines and sleep medications.

The report clearly shows the need for more access and training to the life saving overdose reversal drug naloxone, sold under the brand name Narcan ®. There are 34 states and D.C. which have laws in place to expand access to, and use of, naloxone, according to the study.