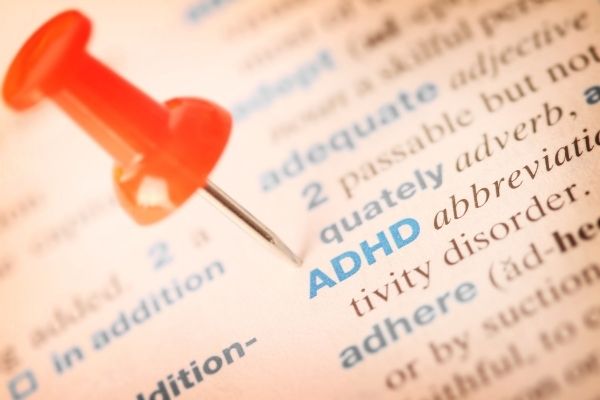 Attention-deficit hyperactivity disorder (ADHD) is a common comorbidity with addiction and mental health disorders. ADHD is one of the most common neurodevelopmental disorders of childhood. It is usually first diagnosed in childhood and often lasts into adulthood. People with ADHD may have trouble paying attention, controlling impulsive behaviors, and can be overly active.

Andrea Pittman is the executive director and owner of The Nectar Group, a cognitive training, and tutoring company based in Denver, Colorado. In a recent webinar for Harmony Foundation, Pittman talked about the relationship between ADHD and addiction, symptoms and diagnosis of ADHD, and research-based treatment options for the disorder.

There are three basic types of ADHD, depending on which symptoms dominate, explained Pittman. One is the predominantly inattentive presentation. It is hard for the individual to organize or finish a task, pay attention to details, or follow instructions or conversations. The person is easily distracted or forgets details of daily routines.

In the predominantly hyperactive-impulsive type, the person fidgets and talks a lot. It is hard to sit still for long. Smaller children may run, jump or climb constantly. The individual feels restless and has trouble with impulsivity. Someone who is impulsive may interrupt others a lot, grab things from people, or speak at inappropriate times. “They are always on the go and act as if driven by a motor,” said Pittman.

The third type is the combined presentation in which symptoms of the above two types are equally present in the person.

“The different types are really determined by their symptoms but in order to treat ADHD effectively, we really need to understand and tackle the root cause. It’s a bit like a stomach ache,” Pittman said. “The symptoms may be quite similar but what caused it may be a number of different things.”

The Nectar Group utilizes what they call the “Potential Pyramid.” At the foundational level, ADHD is an impairment of a person’s cognitive skills—the ability to receive and process information effectively. At the next level of the pyramid, Pittman put “content”: job skills, writing and communication skills, and positioning specific information. Finally, at the top, we find behavior: work ethic, motivation, and executive function skills. “We know if there are deficits on tier one (cognitive skills), there will be negative impacts on the other tiers,” Pittman said. While ADHD is diagnostically a disorder of executive functioning at the top level, it is really caused by deficits at the cognitive skills level.

“The three areas that most commonly cause ADHD are weakness in attention, short-term memory, and processing speed,” Pittman explained. “You can think of processing speed as your brain’s internet speed.” It’s like bringing a brand new computer home and then connecting it to the internet via dial-up. The ADHD brain is like a super-computer on dial-up. “It causes the brain to zone out, lock up, fall behind, and miss information.”

In some cases, the body will attempt to compensate with hyper-activity, so people get fidgety and start moving around. “We often say, the slower the brain, the busier the body,” Pittman said.

There is also a strong correlation between ADHD and other mental health issues and addiction. “Rates of mental health issues, including addiction, are 4–5 higher in adolescent and young adults with learning disabilities or disorders such as ADHD,” Pittman told the webinar audience. “Studies show that 60 percent of adolescents and young adults in drug and alcohol rehab also have a learning disability or ADHD.”

In fact, some experts have described addiction itself as a learning disorder. In her 2016 book, Unbroken Brain, addiction journalist Maia Szalavitz wrote that “drug exposure alone doesn’t cause addiction” and that it is rather a learned behavior akin to falling in love–the brain falls in love with a substance. “Drugs can only be addictive in the context of set, setting, dose, dosing pattern, and numerous other personal, biological, and cultural variables. Addiction isn’t just taking drugs. It is a pattern of learned behavior.”

If your cognitive skills and executive functioning are compromised, if your logic and reasoning are faulty, it will obviously affect your decision-making. It will also impact the effectiveness of addiction treatment if clients struggle with these underlying conditions.

Many people with substance misuse issues had learning disabilities and disorders before they started using and continued substance misuse tends to damage the person’s cognitive skills, promoting further substance use.

“Addiction progressively harms one’s decision-making and attention,” wrote trauma and addiction therapist Jason Linder in a recent article on Psychology Today. “During cravings, the brain’s frontal lobe, responsible for cogent decision-making, literally shuts down (this phenomenon is called “hypo-frontality” in neuroscience), explaining why many struggling with addiction, despite their best efforts, relapse.”

The frontal lobe is also the part of the brain that connects consequences with behavior. Shutting it down results in the problematic behavior continuing despite negative consequences so typical for addiction. Substance misuse “damages the neural networks and the ability for neurons to fire and wire together,” Pittman explained. “Breaking down the communications of neurons in the brain thus lowers IQ and cognitive function.”

Addiction and ADHD both require a holistic approach to treatment. The Nectar Group provides cognitive training for people with ADHD. Based on a careful assessment, they provide one-on-one intensive coaching that targets cognitive deficits.

In addition to primary treatment methods, Pittman recommended working on lifestyle changes with clients. There are many dietary changes and nutritional supplements that help with the treatment of ADHD. Good sleep hygiene and mindfulness training can make a big difference, too. These are similar to lifestyle changes frequently utilized in addiction treatment.

Harmony Foundation is one of the longest-running and most successful addiction treatment programs in the world. If you or a loved one are struggling with alcohol or drug addiction, or you have questions about our programs, call us today at (970) 432-8075 to get the help needed as soon as possible. Our experienced staff is available 24 hours a day, seven days a week.