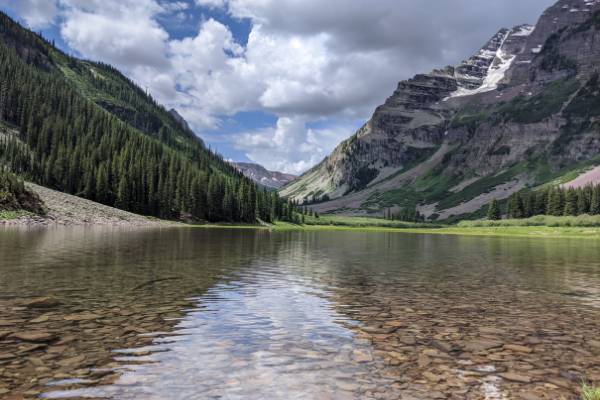 The opposite of addiction is connection it has been said. In one of the most popular TED Talks, addiction and mental health journalist Johann Hari discussed the underlying causes of addiction and famously concluded that the opposite of addiction is not sobriety but connection. Elsewhere, Hari suggested that depression is largely driven by lost connections.
Hari’s statement “echoes a theme that I and many 21st century addiction specialists have espoused for years,” wrote Robert Weiss on Psychology Today in 2015. “Addiction is not about the pleasurable effects of substances, it’s about the user’s inability to connect in healthy ways with other human beings.”
For many addiction professionals, it’s also about the inability to connect with something greater than ourselves—something much more intangible than human affairs. Strangely enough, finding one’s spiritual path and connecting with a higher power starts with reconnecting with yourself.
In active addiction, “we are not accustomed to inhabiting our bodies,” says Harmony’s spiritual advisor, Bill Myers. An active poet, teacher, and tireless “explorer of the spirit,” Bill is a friend to all faiths and spiritual traditions. Addicted people focus primarily on the next fix, he says, with little regard for their emotional or spiritual selves.
In treatment, they “come out of detox, alert in a way they haven’t been in quite a while.” This change can be fairly daunting, so Bill usually begins the process of reconnection in small increments. “I like to start by saying ‘let’s stay in our body, let’s re-embody ourselves.’ It’s simple things like going outside and putting feet on the ground, breathing the fresh air. What happens if we just close our eyes and listen?”
Reconnecting with your physical body and mindfully experiencing your environment without distraction is something many people with substance use disorder haven’t done since they were kids. Learning to be present takes practice and Bill doesn’t want to overwhelm patients.
“It could just take five minutes of quiet first thing in the morning,” says Bill. “Nowadays, many of us are used to reaching for the iPhone as soon as they wake up.” Maybe, they should try quiet meditation to connect with their spirituality instead of starting the day with relentless stimulus.
“That’s what clients can do here at Harmony after detox, even before they get out of bed. You don’t need a special place, just lay there and be present,” recommends Bill. The impulsivity and obsessive behavior of addiction are notoriously difficult to break. “That’s why I say, ‘start really small’ with only five minutes but stick with it. If we go for 30 minutes of yoga and meditation right away, we tend to fail quickly and get discouraged.”
Frustration and aggravation are not always easy to handle in recovery and pose a relapse