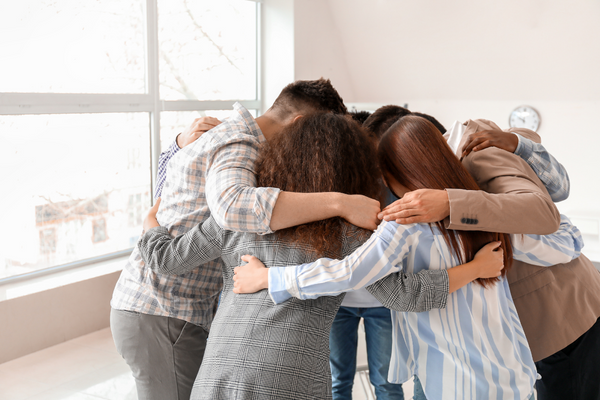 The motto “the opposite of addiction is connection” has been popular in the recovery community for years, but why are social connections so important in the recovery from addiction, and how do they play out on a neurological level?

Neurological research has been looking at the human brain and its potentially overlapping mechanisms between addiction and connection for some time. “Oxytocin is an emerging area of interest” in this regard, Wynschenk told her webinar audience.

“The release of oxytocin is triggered by various external cues,” explained Wynschenk. “These include stimulation of the nipples and genital areas, during orgasm and in response to prosocial stimuli such as close physical proximity to someone of connection in a safe environment, as well as exposure to infants.”

Genetics and life experiences both have an impact on the development of a person’s oxytocin system, and any changes in that system have an impact on its sensitivity and the synthesis of the neuropeptide, which in turn can inform differences in relationships and lead to a propensity to addiction.

“Recent studies have shown that higher oxytocin levels are correlated with reports of higher relationship satisfaction,” said Wynschenk. “Healthy relationships have also been linked to optimal health across research. It’s been postulated that oxytocin plays a role in that, as it also has physiological functions such as mitigating the stress response and reducing inflammation.”

Since addiction is frequently driven by extreme stress and trauma, the anxiety- and stress-reducing effects of healthy relationships can help counteract addiction. “In rodents, oxytocin was shown to lessen obsessive and repetitive behaviors in subjects addicted to cocaine,” reported Wynschenk in the webinar. “Similarly, in animal studies, rodents stopped self-administering both cocaine and opiates when receiving high levels of oxytocin.”

Research is now looking at oxytocin as a protective factor for addiction. Since oxytocin reduces anxiety and stress which also builds resilience around triggers, it can help reduce the occurrence of relapse. “Human studies showed that oxytocin reduced cravings and reduced withdrawal symptoms for people detoxing from alcohol and cocaine,” said Wynschenk.