*This presentation is no longer eligible for the 1 CE credit*

This presentation tackles questions that perplex the modern mind and heart, clarifies misunderstandings about spirituality, religion, and why humans do what we do, and makes accessible links between politics, religion, environmentalism, social justice, science, and the ethereal realm of the Divine. 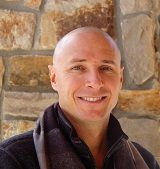 Mike is a graduate of Naropa University with a Master’s in Contemplative Counseling Psychology. In 2009, Mike was ordained a Buddhist monk and Novice Priest after seven years of residential monastic training in Buddhist and Catholic monasteries. In 2017, he finished his ordination training to become a Zen Priest. Mike was raised Christian, and beginning in his undergraduate years, he expanded his exploration of the spiritual realm through meditation, Yoga, and through decades spent in the wilderness working as an internationally certified Mountain Guide and Outward Bound instructor.

Though Mike is primarily Buddhist, he incorporates a variety of religious, spiritual, psychological, and scientific approaches to his personal and professional practices. Mike has been guiding and assisting others through personal and spiritual transformation in the wilderness since 1993 and in residential treatment since 2006.