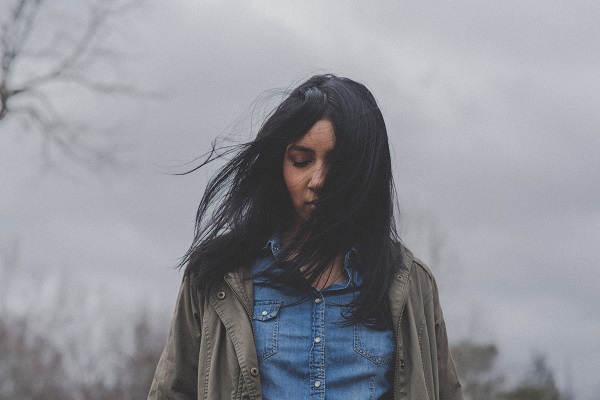 Sobriety is no longer just the earnest goal of recovering alcoholics. As of late, it has also become the holy grail of so-called “gray area” drinkers.

According to former social drinker Amanda Kudo that gray area is the “place where you’re not a super-casual, once-in-a-while drinker, but you’re also not a hit-rockbottom, time-to-get-help drinker, either. You’re just there, somewhere in the middle, drinking in a way that is still deemed socially acceptable if not socially necessary.”

Or as health coach Jolene Park put it in her TED talk, “from the outside looking in, my drinking did not look problematic, but from the inside looking out, I knew, the way I was drinking was a problem for me.” Many people like Kuda and Park say they never had a real drinking problem, but they had a problem with drinking.
One of those “gray area” drinkers was British expat Ruby Warrington, currently living in Brooklyn, who— according to the New York Times—”spent her early career quaffing gratis cocktails at industry events, only to regret the groggy mornings.”

“After moving to New York in 2012, Ms. Warrington tried 12-step programs briefly but decided that ‘Ruby, alcoholic’ was not the person she saw in the mirror,” wrote Alex Williams in the Times feature about a new sobriety trend spreading across the nation. “Three years ago she started Club Soda NYC, an event series for other ‘sober curious,’ as she termed them: young professionals who were ‘kind-of-just-a-little-bit-addicted-to-booze.’”
Being “sober curious” has caught on and Warrington wrote a whole book about this latest health fad. “For these New Abstainers, sobriety is a thing to be, yes, toasted over $15 artisanal mocktails at alcohol-free nights at chic bars around the country, or at ‘sober-curious’ yoga retreats, or early-morning dance parties for those with no need to sleep off the previous night’s bender,” wrote Williams.

But there is a serious side to avoiding alcohol use, of course. It is after all an addictive substance without any health benefits that physicians would acknowledge. And while the sober-curious vogue may well be short-lived, reducing or giving up alcohol consumption is certainly laudable since it comes with all kinds of health benefits.
When Jolene Park described her alcohol use as knowing “the way I was drinking was a problem for me,” she was actually paraphrasing the first diagnostic criterion of alcohol use disorder (AUD) in the of the Diagnostic and Statistical Manual of Mental Disorders (DSM-5), which reads: “Alcohol is often taken in larger amounts or over a longer period than was intended.” And when she said in the same TED talk that she had no trouble stopping but couldn’t “stay stopped,” she was paraphrasing the second AUD criterion in the DSM-5. Two criteria (out of eleven) indicate a mild alcohol use disorder.

Park probably wasn’t aware of the DSM-5 criteria at the time but she read the warning signs correctly and realized that she was “kind-of-just-a-little-bit-addicted-to-booze.” She understood that her alcohol use could escalate further and made the right decision. She embraced sobriety.

She also realized that her alcohol use was a coping mechanism for her anxiety issues and designed a new coping strategy for herself based on connecting with nature and other people, exercise, and meditation. Park now shares this healthy approach to life with other people.

Amanda Kuda also realized that she needed to drink in order to relax. “But there was a bigger part of me that wanted to feel happy, joyful, vibrant, inspired, energized, motivated, fulfilled. Once I realized that alcohol was not only failing to contribute to those feelings, but was actually dragging me further and further away from them, I no longer wanted to drink.” Neither Park, Warrington, or Kuda sought detox or residential addiction treatment for their alcohol problem, and only Warrington briefly tried a 12step program. This low level of care for a mild or moderate alcohol use disorder may not be the right choice in all cases, though. Some patients might require an intensive outpatient program or even partial hospitalization. Only a careful assessment of the patient’s individual needs can determine the appropriate level of care.

Although none of the three “gray-drinking” women made use of a treatment program, they nevertheless realized a core principle of recovery. Stop using and change your life! Real recovery goes far beyond giving up substance misuse. It is a life-changing journey to long-term wellness that should make you feel happy, joyful, and inspired.

IF YOU OR A LOVED ONE IS STRUGGLING WITH SUBSTANCE USE DISORDER, OR YOU HAVE QUESTIONS ABOUT OUR PROGRAMS, CALL HARMONY TODAY AT 970.432.8075 TO GET THE HELP NEEDED AS SOON AS POSSIBLE