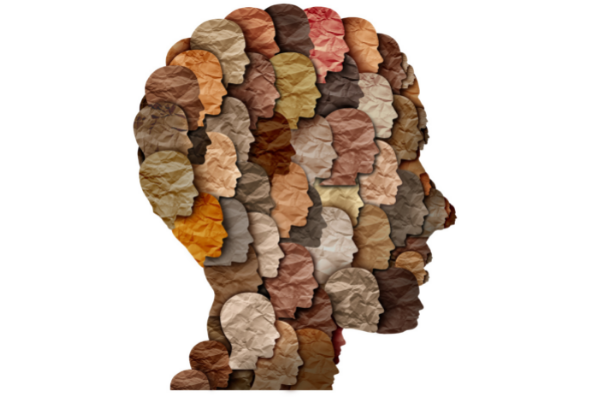 In a recent webinar for Harmony Foundation, behavioral healthcare specialist Zina Rodriguez talked about providing culturally responsive treatment to the BIPOC community. The acronym BIPOC stands for black, indigenous, and people of color. Rodriguez is CEO and co-founder of Z&D Consulting whose mission is to create inviting and inclusive healing spaces for individuals to achieve mental wellness while creating pathways for success for people from underrepresented communities.

“Why the title ‘Can you see us?’” Rodriquez asked at the beginning of her presentation. Members of the BIPOC community and their culture are often invisible and overlooked in research, she explained.

Culture may be defined as the behaviors, values, and beliefs shared by a group of people such as an ethnic, racial, geographical, religious, gender, class, or age group. Everyone belongs to multiple cultural groups so each individual is a blend of many influences.

Many white people have tried to counter discrimination of other cultures and racism with expressions such as “I don’t see color,” erroneously assuming that would be a helpful approach. But what really happens when you tell someone you don’t see color? “It can feel like ‘I’m choosing to ignore this part of you because that makes me more comfortable,’ it can feel like a casual dismissal,” said Rodriguez. “It’s not only okay to see color, but it’s necessary. And it’s necessary to see it through an anti-racist lens.”

In order to be able to provide culturally responsive treatment to the BIPOC community, therapists need cultural humility—being prepared to learn and not assume to know other cultures. We live in a multicultural society with an increasing demand for care. That means, there is a need for safe spaces and cultural responsiveness in workplaces and clinical environments.

By 2044, more than half of all Americans are projected to belong to a “minority” group. Gen Z (people born after 1996) is on track to become the most diverse generation in US history.

The Impact of Culture on Substance Misuse and Mental Health

Unfortunately, there is a conservative backlash underway that is impeding the efforts to mitigate racism and discrimination. The nonprofit education news organization Chalkbeat tracked efforts in 36 states to restrict education on racism, bias, the contributions of specific racial or ethnic groups to US history, or related topics. Ten states have signed anti-LGBTQ+ bills into law.

“Culture affects every aspect of an individual’s life, including how they experience, understand, express, and address emotional and mental distress,” Rodriquez told the webinar participants. Due to discrimination, mental health and substance misuse issues have had a disproportionate impact on BIPOC communities. Members of these communities experience stressors such as racism, discrimination, poverty, and violence, “all of which take a toll on mental health,” according to the US Surgeon General.

“Blacks and Latinos have only limited access to prevention, treatment, and recovery services for substance use disorders,” Rodriguez said. “While they have similar rates opioid misuse as the general population, in recent years, blacks have experienced the greatest increase in rate for overdose deaths from non-methadone synthetic opioids” such as fentanyl.

In addition to the aforementioned stressors, there exists also a certain lack of cultural competence—effective and appropriate communication with people of other cultures—by treatment providers. As Rodriquez explained, “fifty percent of racially and ethnically diverse clients end treatment after just one visit.” The therapeutic alliance—the therapist’s and client’s mutual engagement in the work of therapy—is critical for successful outcomes in treatment but BIPOC therapists are seriously underrepresented in the field. The demographics are very lopsided here: 76 percent of therapists are white, about 11 percent Asian, and only 4 percent African American.

And those relationships require work from everybody. “Relationship building is fundamental to cultural responsiveness,” explained Rodriguez. “It is based on the foundations of understanding each other’s expectations and attitudes, and subsequently building on the strength of each other’s knowledge.”

Best to avoid generalizations: each person has a unique history that warrants an understanding of how culture is practiced and has evolved for that individual and their family.

Everyone harbors implicit biases and should work on recognizing what they are. People unaware of their biases may engage in micro-aggressions and inadvertent insults. A 2007 study examined the experiences of 40 African Americans in counseling with white therapists. The black clients in this study identified “color-blind” statements as the most common type of micro-aggression used by their white therapists.

This situation has to be countered with “courageous conversations” and being prepared to be uncomfortable. Courageous conversations engage through personal racial experiences, beliefs, and perspectives while demonstrating understanding. White therapists should deepen their understanding of whiteness and interrogate their beliefs about their own relationship to racial privilege and power.

In response to the growing diversity of the United States population and concerns with health disparities, formal training in cross-cultural care has been mandatory for a while for all medical specialties. Clearly, there is still room for improvement when it comes to implementation.