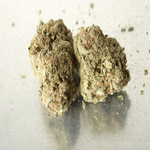 The rate of every day or near every day use of marijuana among college students is at its highest since the 1980s. New research has shown that 6 percent of college students report using marijuana regularly, Reuters reports. The rise is most likely linked to relaxed marijuana policies across the country, leading to the perception that the drug is harmless. So what do we know about college marijuana use?

“It’s clear that for the past seven or eight years there has been an increase in marijuana use among the nation’s college students,” study author Lloyd Johnston said in a news release. “And this largely parallels an increase we have been seeing among high school seniors.”

The findings come from the University of Michigan’s Monitoring the Future (MTF) study, a long-term epidemiological study that deals with American adolescents and adults’ trends regarding both legal and illegal drug use. In 1980, the rate of regular marijuana use among college students was 7.2 percent, according to the article. The rate of use dropped to 3.5 percent in 2007, and has now climbed up to 6 percent.

High school seniors who use pot regularly will most likely continue using after they leave for college. Teenagers’ perceptions about the dangers of marijuana use are relaxing. In 2006, the MTF found that 55 percent of high school graduates, ages 19-22 thought regular marijuana use was dangerous. The researchers found a significant drop in perceived risk last year, when only 35 percent believed marijuana use to be dangerous, the article reports.

It is likely that cannabis use trends will continue to move in the same direction with reductions in perceived danger and increased daily college marijuana use. States that have legalized the drug for recreational use are likely to see even higher rates of use than states where use is strictly prohibited. There are currently four states that have legalized recreational use, with more expected to follow next year.

It is important to remember that while marijuana may be more benign than other illicit drugs this does not mean it is safe. There is considerable research indicating that marijuana can be detrimental to teenage brains and the drug is habit forming.

If you are or a loved one is struggling with marijuana addiction, please contact Harmony Foundation to begin the journey of recovery. Harmony is a state-of-the-art, affordable, residential addiction treatment program located in the Rocky Mountains.