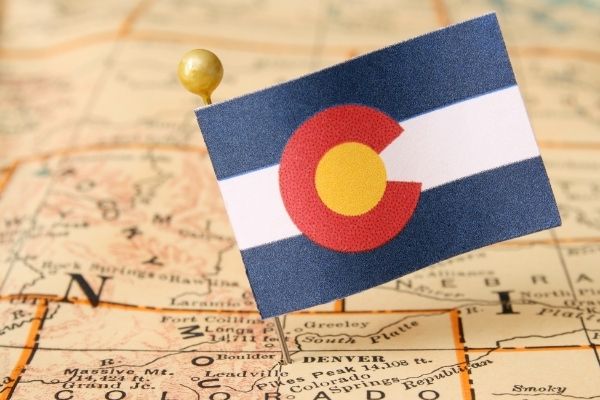 New laws signed by Colorado Governor Jared Polis in June have been praised as the largest investment in behavioral healthcare in the state’s history. For State Senator Brittany Pettersen, “the legislation is the culmination of five years of work and a momentous chapter in an against-all-odds kind of story,” reported CBS 4 in Denver. “You don’t often see people who are elected who had a parent who struggled with addiction, especially a heroin addiction,” said Pettersen whose mother struggled with addiction for years.

The largest of the mental and behavioral health bills in terms of fiscal impact and legislative scale is Senate Bill 137. According to The Gazette, the $114 million bill “uses federal stimulus money to cover a lot of ground, including addiction services and crisis response. It also has a strong lean toward helping young people, including $2.5 million for elementary school programs and $5 million for specialized, high-quality youth residential help and therapeutic foster care.”

Governor Polis also put his signature to House Bill 1276 concerning the prevention of substance use disorders. “The bill makes a number of tweaks to state law in an effort to mitigate opioid or other substance abuse,” reported The Gazette.

“Those include prescription limitations on benzodiazepines, a permanent extension to the prescription drug monitoring program, a revamped educational program on the best practices for prescribing benzodiazepines and a collaborative program to be administered by the Office of Behavioral Health in the Department of Human Services to study evidence-based substance abuse prevention practices.”

Deaths from suicides also hit a record high last year in Colorado, according to CBS 4. Polis signed laws funding mental health disaster response teams and a new 9-8-8 suicide hotline. State Rep. Lisa Cutter sponsored both bills. “When you’re in crisis, three numbers: 9-8-8, and help will be there,” she said.

The new laws address urgent mental health needs in the Centennial State. “Colorado was deep in a mental health crisis long before the pandemic hit,” reported Stephanie Earls for The Gazette in June.

In May, Jena Hausmann, CEO of Children’s Hospital Colorado, declared a “state of emergency” in youth mental health, a first in the 117-year history of the hospital system. “Right now, Colorado’s children uniquely need our help,” Hausmann said. “It has been devastating to see suicide become the leading cause of death for Colorado’s children.”

Colorado Public Radio (CPR) reported in June that “so many Coloradans died of COVID-19 and related causes, including drug overdoses, that life expectancy statistics fell dramatically this past year.” Data released by the state health department show overall life expectancy in Colorado dropped by a full two years, from 80.9 years in 2019 to 78.9 years in 2020.

“Besides deaths from COVID-19, Colorado recorded hundreds of additional deaths, which appear to have at least an arm’s length connection to the pandemic as people self-medicated for anxiety and depression or chose to avoid healthcare and other human interaction out of concern for infection,” reported CPR.

“Causes like drug overdoses, Alzheimer’s, and liver diseases, starvation, and parasitic diseases all experienced double-digit percentage increases in 2020. That’s above the average number of deaths from the causes in the three years prior to the start of the pandemic.”

People with substance use disorder, depression, anxiety, and trauma need access to mental healthcare and evidence-based addiction treatment. Hopefully, the new laws will improve the situation and help patients with mental health needs and addiction get the services they need.

Harmony Foundation is one of the longest-running and most successful addiction treatment centers in the world. If you or a loved one are struggling with alcohol or drug addiction, or you have questions about our programs, call us today at (866) 686-7867 to get the help needed as soon as possible. Our experienced staff is available 24 hours a day, seven days a week.