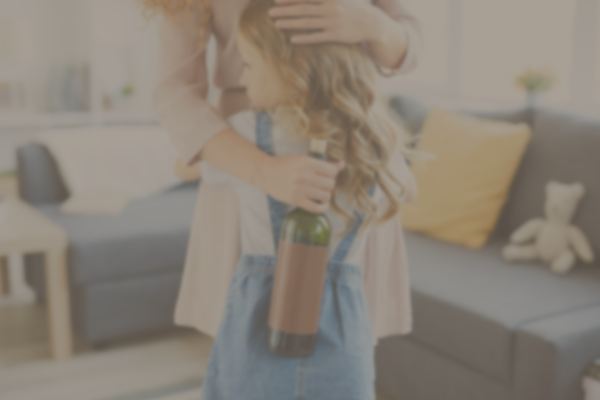 Some 16 million Americans are estimated to suffer from alcohol use disorder (AUD). Many of them don’t receive the help they need.

If left untreated, alcohol misuse can quickly spiral out of control. When alcohol use begins to have a negative impact on a person’s health and relationships, it may be diagnosed as an alcohol use disorder. Recognizing the warning signs of alcohol misuse and getting appropriate treatment can make a significant difference in someone’s recovery process.

A short questionnaire such as CAGE can help determine if you should be concerned about your alcohol consumption. CAGE is an acronym with each letter representing one of the four questionnaire questions:

The more traditional “Jellinek Curve,” created by E. Morton Jellinek in the 1950s is a parabola representing several stages of alcohol addiction and recovery. Jellinek coined the term “disease concept of alcoholism,” an important step toward the medicalization of alcohol misuse away from simply regarding it as moral turpitude. His research demonstrated that alcohol addiction is a pernicious disease progressing through several distinct phases.

In the initial “pre-alcoholic” stage people drink to feel better about themselves, to dull their pain, or to eliminate anxiety and depression. In stage 2, alcohol misuse escalates to blackout experiences, and efforts to hide the increasing alcohol consumption.

In the “middle alcoholic” third stage, family members and friends begin to worry about the alcohol misuse and may also notice physical signs such as facial redness, weight gain or loss, sluggishness, or stomach bloating. The person struggling with alcohol use may now skip work, forget or ignore important tasks, and become irritated easily.

Stage 4 corresponds to a severe alcohol use disorder. Drinking has become the total focus of all activities, even at the expense of the person’s livelihood, health, and relationships. Tolerance for large amounts of alcohol is considerable and abstaining from alcohol may result in withdrawal symptoms. Any attempt to stop using without help at this late stage may result in tremors or hallucinations (delirium tremens) and could induce seizures.

Since 2013, physicians and addiction professionals have also been using eleven criteria for alcohol use disorder listed in the current edition of the Diagnostic and Statistical Manual of Mental Disorders (DSM–5). The eleven symptoms also indicate a progression, starting with the perception of drinking too much and failed attempts to cut back (1–2), escalating to neglect, recklessness, and sickness (7–9), and culminating in (substance) tolerance and withdrawal symptoms (10–11).

At the vertex of the Jellinek parabola we find the vicious cycle of continuing “obsessive drinking,” but its right arm represents recovery from addiction, beginning with an “honest desire for help” and learning that “alcoholism is an illness.”

Recovery does not have to wait for this low point, though. The honest desire to change can begin at any level and many treatment providers—including Harmony—offer different levels of care for the respective degrees of severity.

While a severe alcohol use disorder may require medically supervised detoxification and residential treatment, earlier stages of the disease may well be reversed in an intensive outpatient program. Alcohol misuse is often driven by underlying mental health issues such as trauma, anxiety, and depression. Any such co-occurring conditions need to be addressed in a comprehensive treatment approach at any level.

Levels of care can also function in a step-down fashion. A severe AUD may first require around-the-clock residential treatment, followed by partial hospitalization, before eventually stepping down to an intensive outpatient program (IOP). There is also continuous 12-Step facilitation and alumni support. Delaying necessary treatment is never a good option. The earlier alcohol misuse is caught and halted, the better the chance of a full recovery.

Addiction to alcohol is a serious condition that requires comprehensive treatment. If the AUD is severe and the alcohol misuse has been going on for a long time, withdrawal symptoms—such as delirium tremens—can become life-threatening. Substance addiction is a chronic disease that will not simply go away and relapse is not uncommon, simply requiring further treatment.

Harmony Foundation is one of the longest-running and most successful addiction treatment centers in the world. If you or a loved one are struggling with alcohol or drug addiction, or you have questions about our programs, call us today at (970) 432-8075 to get the help needed as soon as possible. Our experienced staff is available 24 hours a day, seven days a week.