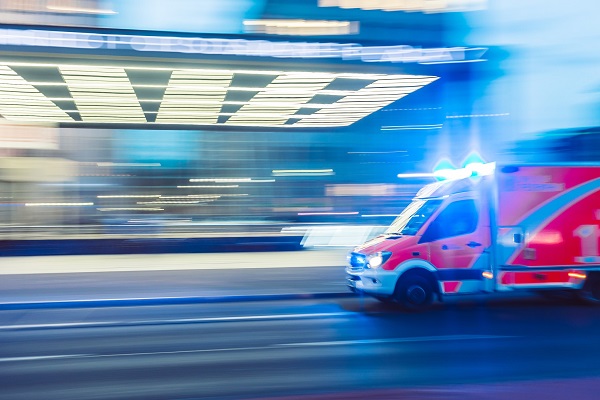 A new, dangerous designer drug has reached the United States—in the middle of a deadly viral pandemic. Isotonitazene is a synthetic opioid so novel that it has not even been banned by the authorities yet.

Barry Logan is a leading authority on forensic toxicology and chief scientist at forensic firm NMS labs. He told Vice in March that his colleagues have identified isotonitazene in samples from more than 200 deceased drug users in the midwest and northeast since August last year. “Isotonitazene is the most persistent and prevalent new opioid in the US,” said Logan.

According to USA Today, isotonitazene has been detected in the blood of people who died of overdoses in Illinois and Indiana, where it was mixed with cocaine. It was also reportedly found in Canada last year.

The new drug—deemed as potent as fentanyl—comes in a white or off-white powder form or is pressed into counterfeit opioid pills. Designer drugs always tend to be one step ahead of the law and this new synthetic is no exception. It is currently not on the US Drug Enforcement Agency’s controlled substances list simply because there hasn’t been enough time to classify it.

Bryce Pardo, an associate policy researcher at the Rand Corporation, told Vice that drug laws simply cannot cope with the seemingly endless drugs being produced by underground chemists in China. “Our drug control laws are old, and the ease of chemical innovation, cheap shipping, and the ubiquity of the internet have all stretched the applicability of these laws.”

Isotonitazene seems to have arrived in the United States following an aggressive global crackdown on illicitly made fentanyl. It represents a typical pattern in the seemingly endless “War on Drugs”: When governments focus their supply interdiction efforts on one substance, the market will start delivering alternatives.

The resurgence of methamphetamine in recent years is a good example of that pattern. While opioid misuse may have peaked nationwide, people with addiction have been switching to other substances. “Nationally, since late last year, meth has turned up in more deaths than opioid painkillers like oxycodone and hydrocodone. In 14 of the 35 states that report overdose deaths to the federal government on a monthly basis, meth is also involved in more deaths than fentanyl, by far the most potent opioid,” The New York Times reported last year. “Provisional data from the CDC shows there were about 13,000 deaths involving meth nationwide in 2018, more than twice as many as in 2015.” Now, we’re witnessing the emergence of a new synthetic opioid as well.

A focus on disrupting the supply of addictive drugs has never worked because it doesn’t address the reason for the demand. The actual misuse of drugs and alcohol is only one aspect of a substance use disorder and not necessarily the most important one. That is why Prohibition, the “War on Drugs,” and the “Just Say No” campaign all failed to achieve their objective.

Addictions are frequently driven by underlying mental health issues such as anxiety, depression, and trauma. If these issues are not addressed within a comprehensive treatment approach, sustained recovery is unlikely to happen.

Addiction cannot be reduced to substance use, it is not simply chemically caused by the presence of drugs and alcohol in the human body. Addiction is a complex biopsychosocial and spiritual disorder with many interlocking conditions and mechanisms. “By itself, nothing is addictive,” wrote Maia Szalavitz provocatively in her influential 2016 book Unbroken Brain. “Drugs can only be addictive in the context of set, setting, dose, dosing pattern, and numerous other personal, biological, and cultural variables. Addiction isn’t just taking drugs. It is a pattern of learned behavior.”

Addiction affects the body, mind, and spirit. It is a disease requiring comprehensive treatment in an integrated care environment. Recovery from addiction is also a personal quest for meaning and connection with other people, our human nature, and the entire universe.

The book club will be held every other Monday evening from 6:30–8…read more
The annual Harmony Alumni Picnic is just over one month away! We…read more
View Calendar