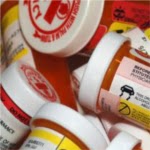 In the United States, pain management is an important need, as well as a major problem. Patients complaining of pain are entitled to appropriate medications for treatment. Unfortunately, far too often medications, such as OxyContin ® (oxycodone) and Vicodin ® (hydrocodone), are misused and abused which ultimately can lead to addiction. Chronic over prescribing of opioid medications and gaps in screening, has led to a prescription drug epidemic in America.

In 2013, more Medicare beneficiaries received a prescription for generic Vicodin ®, known as hydrocodone acetaminophen, than any other prescription drug, The Wall Street Journal reports. In the same year, nearly two million Americans either abused or were dependent on opioids, according to the Centers for Disease Control and Prevention.

“It’s striking that the drug prescribed to the most beneficiaries is a narcotic painkiller that can be addictive,” said Walid Gellad, an associate professor at the University of Pittsburgh School of Medicine.

The findings come from an analysis of Medicare’s prescription drug program, according to the article. The data indicated that some doctors prescribe the drug much more often than others, and a group of about 200 doctors gave the drug to more than half of the beneficiaries to whom they prescribed. Despite hydrocodone’s high potential for dependence, about 691,000 providers prescribed the drug in 2013.

The data showed that approximately 8.09 million Medicare beneficiaries were prescribed hydrocodone acetaminophen. Interestingly, the drug prescribed the most after generic Vicodin ® was the cholesterol drug simvastatin, with 7.03 million prescriptions.

Pain management is not an easy task, partly due to the fact that pain is subjective. However, it is clear that doctors should turn to prescription opioids as a last resort. Simply handing out Vicodin ® for minor pain complaints only fuels the prescription drug epidemic plaguing America.

If you are having trouble viewing the video, please click here.