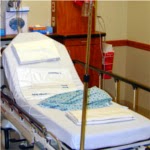 Two new government reports found that there was a sharp increase in emergency room (ER) visits associated with the use of the drug tramadol, HealthDay reports. Tramadol is an opioid narcotic painkiller used for moderate, severe or chronic pain, and is the active ingredient brand-name pain medications, such as Ultram, Ultracet, Conzip and Ryzolt. Between 2005 and 2011, tramadol-related ER visits increased 145 percent.

The drug’s adverse reactions can include seizures and a reaction known as serotonin syndrome, which is potentially fatal, according to the Substance Abuse and Mental Health Services Administration (SAMHSA). Mixing tramadol with other drugs can be dangerous as well, especially when used with anti-anxiety medications, alcohol or other narcotic painkillers.

In 2005, there were almost 11,000 ER visits tied to tramadol. In 2009, almost 26,000 people were seen in the ER for tramadol and by 2011 there more than 27,000, according to SAMHSA. The highest increase in ER visits due to tramadol was among adults 55 and older, the article reports. The reports showed that the increase of tramadol-related ER visits was higher among women than among men.

“Tramadol and other pain relievers can help to alleviate pain, but they must be used carefully and in close consultation with a physician,” said SAMHSA Chief Medical Officer, Dr. Elinore McCance-Katz, in an agency news release.

“Like all medications, tramadol can cause adverse reactions, which can be even more severe if the drug is misused. We must all work to lower the risks of taking prescription drugs,” McCance-Katz said.

“Simple steps such as following directions for use, letting your doctor know if you are experiencing a problem, locking up medications for safe storage, and proper disposal of unused medications are easy steps people can take to help reduce potential harm to themselves and others,” she said.