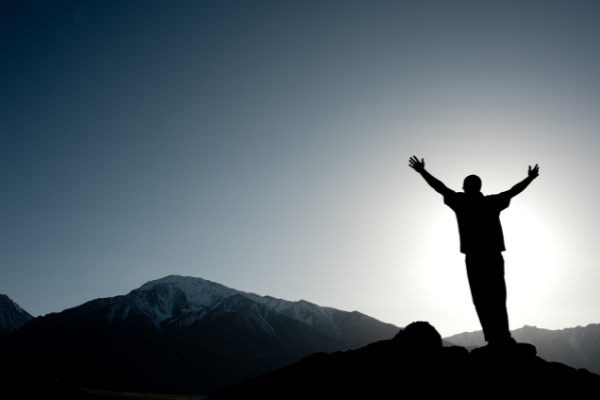 Danielle C. started her recovery journey at Harmony Foundation more than nine years ago. She had struggled with severe drug and alcohol addiction for more than eight years and had been to several other treatment centers before.

“When I hit yet another bottom, my dad Richard helped secure me a bed at Harmony where I finally began my path to lasting sobriety,” she remembers. “My dad, however, was not so lucky. He struggled with alcoholism my entire life, and in February 2016, he died from the disease. It was heartbreaking that my dad could not find the freedom he helped me find at Harmony.”

While working the 9th Step of Alcoholics Anonymous last year, Danielle realized there were large financial amends she had never made to her father for money she had wasted during her drug addiction. “Wondering how to make amends, I could not think of a more profound way than to help someone else’s dad find the recovery my dad never did,” she says.

In honor of Richard’s memory and gratitude for her own life in sobriety, Danielle established a new scholarship fund at Harmony for fathers seeking recovery. “I hope these funds will help some dads find healing from addiction and become the loving fathers they’ve always wanted to be.”

Danielle’s parents divorced when she was only five and she split her time between two homes after that. As in many cases of alcohol use disorder (AUD), Richard’s disease was progressive.

“Drinking after work was seemingly a normal behavior for businessmen like him, but as the years went on, I watched his drinking get worse,” Danielle wrote on the Guardian Recovery Network. “He started passing out on the couch nightly, his arms folded, head slumped over his chest. I had trouble waking him sometimes and would fear he wasn’t breathing. When he would rouse from his slumber, he would often stumble, falling over onto the coffee table or worse, staggering directly back into the kitchen for another drink.”

Watching her dad deteriorate before her own eyes was extremely painful for Danielle who had started to misuse alcohol herself at an early age. Richard drank as soon as he got home and his daughter became somewhat of a caretaker for him.

“There were many times I tried to broach the topic of his drinking with him, tried to get him to admit his problem and get some help but these discussions were almost always met with defensiveness and red-hot rage,” Danielle remembered. “He disowned many friends and family who had confronted him about his drinking. In my young adulthood, I became skilled at biting my tongue, staying silent, and pretending like last night didn’t happen.”

Alcohol use disorder is a devastating disease that often runs in families. Research shows that genes are responsible for about half of the AUD risk. Genes alone, however, do not determine whether someone will develop an AUD. Environmental factors and life events—especially trauma—play an important role as well.

However, Danielle has become the living proof that genes and family history do not necessarily determine your fate. Although her addiction was really bad, she managed to turn her life around.

If you or a loved one are struggling with alcohol or drug addiction, or you have questions about our programs, call us today at (970) 432-8075 to get the help needed as soon as possible. Our experienced staff is available 24 hours a day, seven days a week.

If you would like to donate to Harmony Foundation visit our website to see the many ways to give.