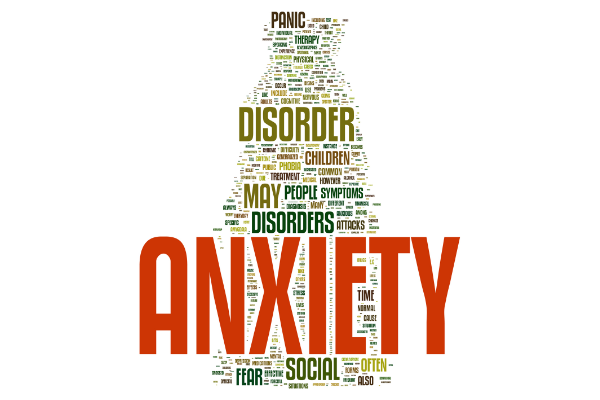 Anxiety disorders are among the most common mental health conditions in the United States, affecting some 40 million adults, or more than 18 percent of the US population every year. Although widespread, less than 40 percent of people with anxiety receive any kind of treatment.

Furthermore, many popular anti-anxiety strategies miss the point because they work with the wrong part of the brain, Judson Brewer warns in his new book Unwinding Anxiety. The renowned addiction psychiatrist and neuroscientist argues that anxiety “hides in your habits” and habits are formed in the “old brain,” namely the limbic system. The more ancient part of the human brain—evolutionarily speaking—is a set of structures that deal with emotions and memory. The limbic system regulates autonomic or endocrine function in response to emotional stimuli and also is involved in reinforcing behaviors important to survival.

Willpower, substitution, and priming the environment against harmful habits all engage the “new brain,” the prefrontal cortex (PFC) while the pesky habits are run in the old brain. “So exactly when you need your willpower—which resides, remember, in the prefrontal cortex/new brain—it’s not there, and your old brain eats cupcakes until you feel better and your new brain comes back online.”

“Brewer shows how anxiety exists inside the habits that make up our everyday lives, and habits are sticky. They won’t go away just because we tell ourselves to breathe— because, as crazy as it sounds when talking about anxiety, our brain is attracted to these habits because they create some sense of reward, “ Kira Newman summarized Brewer’s approach on Greater Good Magazine.

Anxiety arises from the evolutionary useful function of fear which teaches humans to avoid dangerous situations. However, if fear is combined with uncertainty it turns into the far less useful anxiety.

“When fear-based learning is paired with uncertainty, your well-intentioned PFC doesn’t wait for the rest of the ingredients (e.g. more information),” Brewer writes. “Instead, it takes whatever it’s got in the moment, uses worry to whip it together, fires up the adrenaline oven, and bakes you a loaf of bread you didn’t ask for: a big hot loaf of anxiety.”

To disengage from harmful habits (including anxiety), Brewers recommends a three-step process he refers to as “gears.”

The first gear is mapping your mind. As in his previous book The Craving Mind, Brewer explains the mechanics of the human brain’s reward-based learning process as three basic steps: Trigger-behavior-reward. If the result of a behavior is judged to be positive (reward), the behavior is repeated when triggered again. This is also the basic “habit trap” of addiction as Brewer explained in The Craving Mind.

“I could line up their habit loop in my head. Trigger. Behavior. Reward. Repeat. In addition, they used substances as a way to ‘medicate’; by being drunk or high, they could prevent (or avoid) unpleasant memories or feelings from coming up.”

This is exactly why anxiety, depression, and trauma are so strongly correlated with substance use disorder (SUD). In Unwinding Anxiety, Brewer described the habit loop of a patient with anxiety:

“You learn a habit based on how rewarding the behavior is,” writes Dr. Brewer. “The more rewarding a behavior is, the stronger the habit.” The way out is to become aware of this loop. “That’s what mindfulness helps us do: build awareness so that we can observe our caveman brains in action.” Brewer stresses that you won’t get anywhere with rational analysis of a behavior’s merits.

“To change a behavior, you can’t just focus on the behavior itself. Instead, you have to address the felt experience of the rewards of that behavior.” … “The only sustainable way to change a habit is to update its reward value.”

“We need to give our brains new information to establish that the value that they had learned in the past is now outdated.” Brewer frequently asks patients to pay close attention to this felt experience.

As many people found out the hard way, it’s notoriously difficult to quit smoking, even if the thinking prefrontal cortex is fully aware of the health risks. As Brewer puts it: “No patient of mine has ever marched into my office and asked me how to help them smoke more.”

So instead of explaining the dangers of nicotine use, Brewer teaches patients to pay attention when they smoke. “Most people start smoking when they are teenagers, so they have laid down a strong reward value for cigarettes: being young and cool at school, rebelling against their parents, all of that.”

To break that well-established habit loop, smokers should be mindful of how rewarding smoking is right now. One woman realized that smoking “smells like stinky cheese.” Brewer emphasizes the felt experience (old brain) that may disengage the unhealthy habit. This is not an analytical process in the PFC, the newer and much weaker brain. If you want to change the behavior, “you have to rub your brain’s little orbitofrontal cortex nose into its own poop so that it clearly smells how stinky it is. That’s how your brain learns.”

Brewer’s second gear for defeating habit loops is paying attention to the results of your actions.
“When you have identified and mapped out your habit loops (first gear) and are ready to practice driving in second gear, ask yourself this simple question: What do I get from this behavior?”

Answering this question requires careful attention to the “actual, visceral, embodied sensations, emotions, and thoughts.” Brewer reissues his warning that this is not intellectual training! “While thinking is helpful for decision-making and planning, we often give the thinking part of our brain too much credit. Remember, it’s the weakest part of your brain….” “How do you get the big muscular guy to do your bidding? You hire someone to become the heavyweight’s coach or trainer.”

If patients follow this approach, their brain will slowly and naturally become disenchanted with its anxiety (and other) habits, allowing more space for healthier habits to form.

Second gear mindfulness could lead to this sequence instead:

Trigger: Start to feel frustrated
Behavior: Notice the habitual reaction and ask “What do I get from this?”
Reward: See how unrewarding the old habit is; get disenchanted with feeding the frustration

Brewer’s third gear then is “anything that helps you step out of your old habit loop.” Brewer suggests several strategies including curiosity which he calls “our innate superpower.” Rather than judging yourself for being anxious, or getting obsessed about where your anxiety is coming from, just get curious. Take a step back and ask What does it feel like, and where in the body do you feel it?

There is also the mindfulness practice known as RAIN:
Recognize and relax into the present moment
Accept and allow it to be there
Investigate your bodily sensations, emotions, and thoughts
Note what is happening
Similar to people with substance use disorder, patients with anxiety may focus on “one day at a time” to achieve what Brewer calls “anxiety sobriety.” Reminding his readers that “our brains hate uncertainty,” Brewer writes that “with certainty comes a reduction in anxiety.” There is more certainty in the present moment; ergo less anxiety.

“If we’re anxious now, we create a bead of anxiety. If we do this a lot, we make an anxiety necklace… If in this moment, we step out of an anxiety habit loop, we don’t add that bead to the necklace and have the opportunity to add a different bead instead.”

Brewer’s analysis shows why treating anxiety and addiction requires a comprehensive, holistic approach. It takes time and effort to disrupt entrenched habit loops. “To hack our brains and break the anxiety cycle, we must become aware of two things: that we are getting anxious and/or panicking and what results from anxiety/panicking.”

“All we have is now. And what we make of this moment creates that bead that we add to our necklace.”