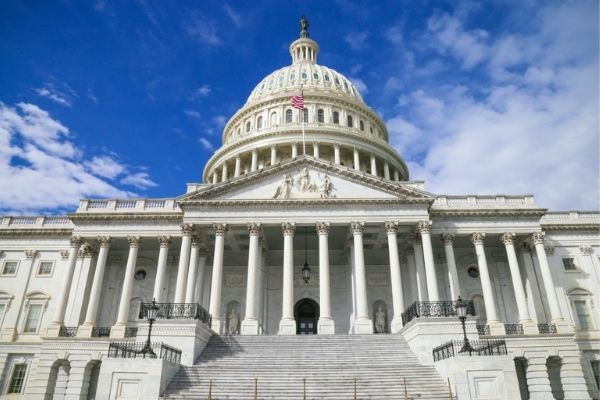 The month of June saw a bleak anniversary. June 17 marked exactly 50 years since President Nixon designated drugs as “America’s public enemy number one” in a special message to Congress, launching the so-called “war on drugs,” now widely perceived as an ineffective if not counterproductive weapon in the battle against addiction.

The war on drugs was and still is a US-led global campaign of drug prohibition, military aid, and military intervention, with the aim of reducing the illegal drug trade. The initiative considers substance misuse primarily a criminal activity and consequently focuses on interdiction with tactics that are meant to discourage the production, distribution, and consumption of illegal psychoactive drugs—with little regard for the actual reasons why Americans misuse drugs and alcohol in the first place.

As this harsh military and law enforcement approach to substance misuse and addiction hit the half-century milestone, a growing number of lawmakers, public health experts, and community leaders in the US were asking what it has really achieved.

In many parts of the US, some of the more drastic policies implemented during the war on drugs are scaled back or scrapped altogether. Last year, Oregon voters decriminalized possession of small amounts of almost all illicit drugs, taking a major step away from the arrest, charge, and jail model for possession that has been a centerpiece of the war on drugs.>

Decriminalization has been tried overseas—with great success. In 2001, Portugal became the first country in the world to decriminalize the consumption of all drugs.  As TIME magazine reported in 2018, the drug-related death rate in Portugal plummeted to “five times lower than the EU average and stands at one-fiftieth of the United States. Its rate of HIV infection dropped from 104.2 new cases per million in 2000 to 4.2 cases per million in 2015.”

Most importantly, drug use declined overall among the 15–24-year-old population, the cohort most at risk of initiating dangerous drug misuse. Before decriminalization, an estimated one percent of the entire Portuguese population was addicted to heroin and the country had the highest rate of HIV infection in the European Union. In Latin America, Uruguay has also pursued a very liberal policy on drug use in recent years.

US Representatives Bonnie Watson Coleman (D-NJ) and Cori Bush (D-MO) along with the Drug Policy Alliance, a non-profit organization seeking to advance policies that “reduce the harms of both drug use and drug prohibition” are now seeking a similar approach for the United States.

The Drug Policy Reform Act (DPRA) introduced by Coleman and Bush in June, calls for the federal government “to refocus its strategies for addressing substance use” as a health issue, not a criminal issue. The DPRA would end criminal penalties for drug possession at the federal level, shift the regulatory authority from the Attorney General to the Secretary of Health and Human Services (HHS), expunge records and provide for resentencing, and reinvest in alternative health-centered approaches. The bill would also eliminate many of the life-long consequences associated with drug convictions, including the denial of employment, public benefits, immigration status, drivers’ licenses, and voting rights.

“Every 23 seconds, a person’s life is ruined for simply possessing drugs. Drug possession remains the most arrested offense in the United States despite the well-known fact that drug criminalization does nothing to help communities, it ruins them. It tears families apart and causes trauma that can be felt for generations,” said Queen Adesuyi, Policy Manager for the Office of National Affairs at the Drug Policy Alliance.

Most experts no longer regard addiction to alcohol and drugs as criminal behavior based on character flaws but as a serious chronic disease. For example, the American Society of Addiction Medicine (ASAM) defines addiction as “a treatable, chronic medical disease involving complex interactions among brain circuits, genetics, the environment, and an individual’s life experiences. People with addiction use substances or engage in behaviors that become compulsive and often continue despite harmful consequences.”

The threat of punishment is ineffective because, by definition, people with addiction are compelled to repeat the harmful behavior despite serious negative consequences. Most people with a severe substance use disorder (SUD) are desperately trying to numb emotional pain—caused by trauma, depression, anxiety, or other mental health conditions—by engaging in substance misuse and then are trapped in an addiction cycle that only makes that pain worse.

A severe SUD requires holistic treatment on multiple levels, not incarceration. Recovering from this disease involves patients giving up their maladaptive coping mechanisms—drugs and alcohol—and substitute them with healthy coping skills.

Harmony Foundation is a nonprofit alcohol and drug addiction recovery program that promotes physical, emotional, and spiritual healing, empowering our clients to embark upon the lifelong journey of recovery.

If you or a loved one are struggling with alcohol or drug addiction, or you have questions about our programs, call us today at (866) 686-7867 to get the help needed as soon as possible. Our experienced staff is available 24 hours a day, seven days a week.