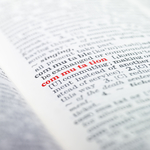 Addiction is not a crime! It isn’t a moral failing or a lack of constitution. Addiction is a disease of the mind that requires treatment and a program of maintenance, if recovery is to be possible. For decades, the United States government’s solution to addiction was locking up “offenders” and essentially throwing away the key. Even if a non-violent drug offender was released, the likelihood of recidivism was staggering.

Handcuffs and cell bars do not treat addiction, they only serve to put a scientifically accepted mental illness on the back burner; the disorder simmers until the day of release, at which time it comes forward and is brought to a rolling boil. Without the tools and resources necessary to remain abstinent, the vast majority will find themselves behind bars again. It is a vicious cycle that has been the status quo for too long.

Over the last decade, lawmakers have slowly come to terms with the fact that they can no longer treat addiction, and those who suffer from the disease, the way they have in the past; fear of punishment does little to detract addicts from continuing to use. Politicians from both sides of the aisle have begun to push for changes with regard to mandatory minimum sentences, rules that take sentencing out of the hands of judges. Right now, as these words are written, thousands of people are sitting behind bars for anywhere from 20 years to life – the result of nonviolent drug offenses.

Fortunately, we may be able to learn from the mistakes of our past, doing away with draconian mandatory minimum sentences and releasing those who are serving unjust terms for the crime of addiction. President Obama has done a lot in his tenure to undo some of our mistakes, granting clemency to hundreds of nonviolent drug offenders. In fact, the President has commuted the sentences of 248 prisoners thus far, more prisoners than the last six presidents put together, The New York Time reports. On Wednesday, the President commuted 61 sentences, more than one third of which were serving life sentences.

“Most of them are low-level drug offenders whose sentences would have been shorter if they were convicted under today’s laws,” President Obama said on his Facebook page. “I believe America is a nation of second chances, and with hard work, responsibility, and better choices, people can change their lives and contribute to our society.”