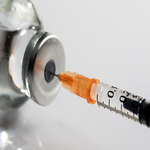 The American prescription opioid epidemic has affected millions of Americans and their loved ones. Efforts to curb painkiller abuse had the unintended effect of leading to a scourge of heroin use – as the drug is often times cheaper, stronger and easier to acquire in the wake of prescription opioid crackdowns. Heroin abuse has become a major public health concern in both urban and rural America, due to the rise in both addiction and overdose death rates. While there is help available in the forms of treatment and 12-Step recovery, relapse rates are particularly high among opioid addicts.

What’s more, clandestine laboratories are manufacturing fentanyl which is then being mixed with heroin to make it more potent. Heroin users are often unaware of the presence of fentanyl, an ignorance that can prove fatal. Admixtures of heroin fentanyl can severely depress respiratory function, which can result in death.

Working with mice, researchers were able to inject the animals with booster shots that would train their immune systems to attack the fentanyl molecules in the bloodstream before the drug crossed the blood-brain barrier resulting in euphoria or potential overdose, The Daily Beast reports. Additionally, when the researchers injected the mice with lethal doses of fentanyl, the mice survived.

“The idea that [the researchers] can make an effective vaccine is very cool. It’s a good accomplishment,” says Phil Skolnick, director of the Division of Pharmacotherapies and Medical Consequences of Drug Abuse at the National Institute on Drug Abuse (NIDA), who was not involved in the study. “You have to trick the body, and it requires a fair amount of trickery.”

If the human clinical trials are successful, it could eventually lead to the development of a heroin vaccine. The vaccines would be specific to particular drug molecules. If people in recovery from heroin addiction are vaccinated, it could significantly deter relapse because the user would know that they will not experience the desired euphoric affect.

Until such time, the best opportunity of successful recovery rests on effective, evidence-based addiction treatment programs. If you are battling with prescription opioid and/or heroin addiction, please contact Harmony Foundation to begin the journey of recovery.