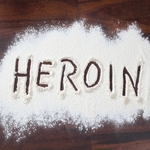 One of the major concerns being voiced by voters is the prescription opioid epidemic, and the scourge that followed in its wake now being referred to as having reached epidemic proportions. With each day that passes with the nation continuing to struggle with how to curb the opioid crisis in America, more people are being affected – even if they themselves are not the ones addicted to opioid narcotics. In fact, a new poll shows that more than one-third of respondents know someone who has struggled with prescription opioid or heroin addiction, The Huffington Post reports. The findings come from an online poll conducted between January 20-22, and involved 1,000 completed interviews.

The new HuffPost/YouGov poll showed that nearly half of respondents (49 percent) view heroin use as a serious national problem, and 87 percent say that the heroin problem is at least a somewhat serious problem. Interestingly, when respondents were asked who should be held responsible for the heroin problem in America, almost the majority said an equal share of fault falls on:

Who is to be held to account for the problem is somewhat irrelevant, what is important is how we, as a nation, plan to address the crisis. Greater access to addiction treatment services needs to be made available; many addicts who are in need of help often need to wait long periods of time to receive the help they so desperately require. What’s more, making clean needles and the life saving drug naloxone more readily available will not only stop the spread of infectious disease – it will save thousands of lives.

Fortunately, the President will ask congress for $1.1 billion dollars next week to fund addiction treatment services across the country, USA Today reports. Funding such programs is a clear sign that America no longer agrees with the idea that addiction can be swept under the rug through arrests, and subsequent jailing. Treatment is our best fight against addiction.

If you or a loved a one is suffering from opioid addiction, please contact Harmony Foundation. Harmony is one of the longest running, most successful, treatment programs in the world, our experienced addiction treatment team can help you begin the journey of recovery.