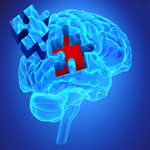 Our understanding of addiction has come a long way in a relatively short period of time; how the disease is viewed and treated are perfect examples of the progress we have made. Not too long ago, society’s answer to addiction was to dismiss those who used drugs and alcohol to the point of despair as having a shortage of willpower and perpetually hedonistic. The government’s response was to arrest and jail people who sold or abused mind altering substances, essentially branding millions of Americans as social pariahs for something that they were unable to control.

After decades of draconian drug policies, U.S. jails and prison populations exponentially grew, costing taxpayers billions of dollars each year. What’s more, when offenders with substance use disorders were released, more often than not they would be re-incarcerated for similar offenses.

Advances in medicine and our understanding of the brain has given scientists the ability to see that addiction is not a voluntary lack of self-determination and personal responsibility, but rather a disease of the brain; and, like any disease, for one to recover they require intensive treatment. Today, in most states people with substance use disorders are given the option of treatment in lieu of jail, and for those who are willing to do the work – recovery is possible.

Treating addiction as a mental illness is still a hard pill for many people to swallow, the reasons for this vary. One reason for this is that neurobiology is difficult to understand, another may be that the idea that using drugs and alcohol is a voluntary decision. The list goes on, but treating addiction as a mental illness has allowed experts to develop more effective treatments and sound prevention methods.

A review of available research conducted by the director of the National Institute on Drug Abuse (NIDA), Nora Volkow and colleagues, about addiction as a brain disease was published in the New England Journal of Medicine (NEJM). The goal was to enlighten those who question the brain disease model of addiction. The review of research produced a clear outline supporting the model, and we encourage you to read it in full. Dan L. Longo, M.D. writes:

“Advances in neurobiology have begun to clarify the mechanisms underlying the profound disruptions in decision-making ability and emotional balance displayed by persons with drug addiction. These advances also provide insight into the ways in which fundamental biologic processes, when disrupted, can alter voluntary behavioral control, not just in drug addiction but also in other, related disorders of self-regulation, such as obesity and pathologic gambling and video-gaming — the so-called behavioral addictions.”