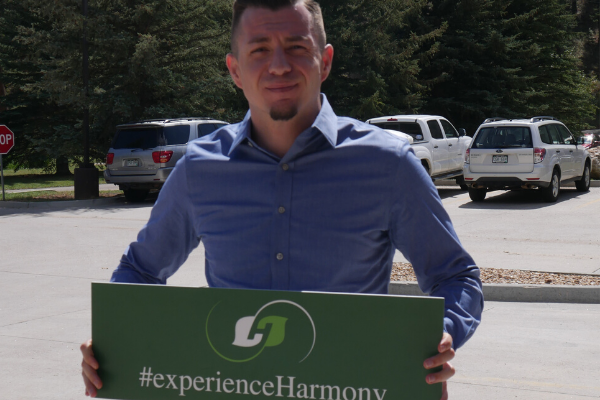 Welcome to the Harmony Foundation podcast series. I’m very pleased today to be joined with Steven Buchan who was working with Summit Malibu out of Malibu, California.

Thank you for having me. It’s a pleasure to be here. It’s beautiful here.

It’s different, but it’s… I mean, so I was talking to Marlyce about this. We have the ocean. You guys have the mountains.

And we are very grateful for that because we believe that it makes all the difference in recovery, especially with the people that we have that come up here. I know that Malibu has some beautiful places, the beaches are amazing there. We’re really excited to talk with you a little bit about Summit Malibu, but before we do that, let’s talk a little bit about what got you into the field of addiction treatment.


For me, definitely a checkered past. Addiction runs in my whole family. I mean, literally throughout the whole thing. My mom struggled with drugs. My dad’s an alcoholic. The interesting thing was, even though I had that stuff growing up in my family, it was never known to us. So, my dad was sober. He got sober actually when I was born. My mom struggled a little bit more. It was one of those things that was kept under wraps. So, we didn’t… I had no idea until actually I went to treatment the first time at 17 years old and they told me about all this stuff that ran in the family. Hearing that your mom used to snort methamphetamine was a little bit alarming. My household was great. It’s the genes. I truly believe that this runs in genes. My sister, my brother, me, all have it.  So, this is something at the age of 17, I started really young, it was harmless in the beginning, a little bit of drinking, a little bit of partying, messing around with a little bit of cocaine, not a big deal at that time. Once I found opiates though, the first time I took a Norco, it was done. I was hooked off of the first pill, like absolutely hooked. I searched that from that day forward until the day I got sober. I mean, probably-13 years. 13 years I went through that process. Coming up on six years sober in December.

And for me… I went to treatment several times, probably 15 to 20 times, different treatment centers, sober livings, detoxes, outpatient programs. So, I know how this all works. I’ve been through it and I know that when you come in to treatment with the state of mind of wanting to actually get sober and being willing to do something different, we have the ability to change lives. Treatment works. This is serious. We can change the course of somebody’s life. I mean-

Yeah. So, this is your calling now? Well, so now that you sort of set the stage of your passion and what gets you up in the morning to do the work you do, let’s talk a little bit about Summit Malibu. You were mentioning offline that it’s one of the oldest treatment programs in Malibu?

Our owner, Willie Oswald, he’s sober himself. He’s been in the field about 40 years, so a long time. That’s a very, very long time. He started in hospitals and places like that when there weren’t really a bunch of treatment programs around, there were a few. Through his experience of going through that, he basically learned what he saw that worked and what didn’t. And so he came up with Summit Malibu, in his words, “The perfect program.” That’s what he considers it and that’s his baby.
That’s one of the reasons why I’ve stayed there so long. With the high turnover rate in treatment, especially in admissions and outreach area, I mean, people are trying to recruit you left and right. This man, he’s a good man. He will work with people financially. I mean, considering we’re a high-end treatment center on the beach in Malibu, the fact that he’s so willing to work with people financially, in comparison to a lot of other programs, it just shows the type of integrity he has. I mean, he even scholarships people. We are six beds right now, after the fire. We lost seven beds in one of our other houses. He’s still scholarship people since then. I mean, he’s just a one-of-a-kind person. It’s just-

So, ethically, he’s really sound in the way he does his practice and business.

Absolutely. Well, and he actually cares. He actually wants to help people. He’s not- a big-wig CEO trying to make another zero in his bank account.

So, what is a client going to expect when they come to your facility?

I mean, really what Willie’s biggest thing is individual work. We truly believe in individual therapy. We do more individual therapy than any other program that I really know of. There’s a few out there that do as much as us, but there’s not many. So, everybody who comes to Summit gets a minimum of four individual therapy sessions a week with their primary therapist, which, as you know, is a lot. It’s a lot. We can accommodate more if somebody who needs it. Also, we have a trauma specialist who is fantastic. She does some really cool groups, like psychodrama, family sculpting, a really cool group about music called Mood and Music, which I love. She also will do EMDR, if it’s indicated. Granted, if somebody has the ability to stay longer than a month, we can’t open them up if they’re only there for a month. So, it’s one of those things that she’ll usually, most of the time is doing very light EMDR with clients.

The average length of stay for somebody at-

It’s right around 30 days. The biggest thing is, is I feel like the diversity of the group schedule and just the different things that we add in to make a week exciting. I know when I was in treatment, I mean, we did the same group every day.It was, I mean, relapse prevention, how you feeling, how you doing. I mean, that was pretty much what we did. We had counselors. It was different. Here you get so much more. Our philosophy really is we want to treat not only the mind, but the body and the spirit. I mean, and it kind of goes along the lines of AA. AA is what got me sober. I do believe there’s other things, but it’s that same concept. Treat the mind and treat the spirit. Spirit’s a big part of this.
So, we try to use things like evidence-based, things like that to treat the mind, the therapy, the psychodrama, some of the trauma work, CBT and DBT is something that we do a lot of. When we’re talking about the spirit, we’re talking about sound bass, we’re talking about some of the nature stuff, the horticultural therapy, which I feel like can fall into a little bit of spiritual and also body. There’s… I’m trying to think. We have a boxing coach that comes in three days a week. We do several different types of yoga. We’ll do beach yoga, sometimes regular yoga. We also have a lady who comes in does Kundalini yoga with breathwork, which people love.

It’s interesting because what it sounds like you all are doing is you’re being responsive to an individual and meeting them where they’re at and not everybody’s going to want to sit in a small group and talk about their feelings, but you’re offering movement and experiential in a way that helps people feel less threatened around treatment, which is great. You mentioned horticulture. I’m curious about that because I hadn’t seen that before. So, describe what that group process looks like.

It’s really interesting. So, we built our own gardens in the back, and we have several of them, and we plant our own vegetables and we have the clients help out. There’s something about being in nature, having the sun on your back, your hands in the dirt, and you’re making something that is going to nourish your body, there’s something powerful in that. It’s subtle, but it’s powerful. So, we… I mean, it’s very simple. It’s basically surrounding that.

It’s getting with nature in a different way than most people ever would have. I think you’re right.

And our chef is, she’s amazing. She’s very, very creative. She does wellness shots four times a day for all the clients. Off the top of my head, I can’t think of exactly what they are, but one is for energy, one is for relaxed. I mean, it’s amazing. We actually utilize the garden to make those.

Well, we like to always get to know the person behind the program, so I’m going to ask you a couple personal questions. You okay with that? What books have you gifted to others in the past and what has been a book that has most influenced your life?

It’s easy in the sense that it’s really The Big Book. That’s the easy one for me. I’m not a huge reader, I’ll be honest. I never really have been. So, it’s easy, but even if I did read a lot, I would still imagine The Big Book would be the book I would choose, just because it’s changed my life, changed my family’s life. It’s changed the lives of the people around me who were affected by my addiction, and not only those people, but the thousands, hundreds of thousands, millions maybe of other people who are sober because of that book.

I agree. It has been a very powerful book. If I were to throw out the word harmony, what do you think it means to live a life in harmony?

The first word that comes to my mind is serenity, I guess. Harmony sounds… It just sounds serene, a serene way of living, which is why I went to treatment. I mean, I believe most people come to treatment because they want better lives. They don’t feel well. I know when I came to treatment this last time, hopeless, no self-esteem, no self-confidence, and I had to be built back up.

If someone were listening today and wanted to learn more about Summit Malibu, how can they get in touch with you?