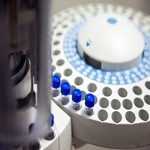 Last month we wrote about what is known as “marijuana tourism,” the act of traveling to states where recreational marijuana use is legal. With four states allowing adult cannabis use, there are a number of options for people who want to experience the end of marijuana prohibition first hand. A number of marijuana tourists are not regular users, and may or may not have ever used extremely potent strains of marijuana or edibles that can be purchased at pot shops. In the state of Colorado, researchers found that emergency rooms have seen a surge of visits by out-of-staters experiencing marijuana-related medical problems. Many of the incidents involved marijuana edibles which, it turns out, can be difficult to gauge with regard to the dosage of tetrahydrocannabinol (THC) present in such products.

There is a growing concern about inconsistent and inaccurate dosage information listed on the labels of marijuana edibles, which can mislead potential users. In response, scientists have developed a new method for measuring the level of marijuana compounds present in edibles, Science Daily reports. The scientists exhibited their work this week at the 251st National Meeting & Exposition of the American Chemical Society (ACS).

“Producers of cannabis edibles complain that if they send off their product to three different labs for analysis, they get three different results,” says Melissa Wilcox, who is at Grace Discovery Sciences. “The point of our work is to create a solid method that will accurately and reliably measure the cannabis content in these products.”

Jahan Marcu, Ph.D., from Americans for Safe Access and vice-chair of the newly formed ACS Cannabis Subdivision, points out that inconsistent and inaccurate labeling is important because eating cannabis is different than smoking, according to the article. Cannabis edibles are metabolized differently than when marijuana is inhaled, which can produce a stronger high that comes on slowly and has a longer lasting effect.

“It’s a lot easier for an individual to control their dose when smoking,” Wilcox says. “The effects of edibles can take a while to happen. You eat them, and then wait to see how you feel in an hour or two. If you ingested too much, you could be in for an unexpectedly bad experience.”

The current method employed for analyzing the potency of edibles involves using a high performance liquid chromatography (HPLC), the article reports. Marcu notes that HPLCs were not designed to have food injected into them, the sugars, fats and starches hinder the machines ability to produce accurate results. In order to combat the problem, the researchers developed a technique that separates the cannabinoids from the rest of the food. They then inject a liquid containing only the marijuana compounds into the HPLC.

People traveling to take part in the marijuana experience should be fully aware of the risks present with cannabis use. While the drug is legal for both medical and recreational use in a number of states, it does not mean that the drug cannot have adverse effects on people and it can also be habit forming. If you believe that cannabis use is negatively affecting your life, please contact Harmony Foundation.