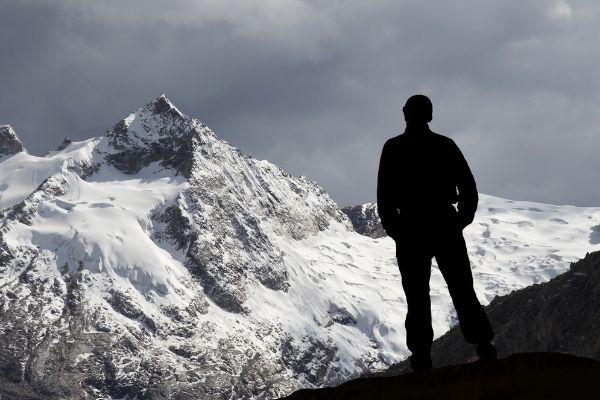 “First responders are usually the first on the scene to face challenging, dangerous, and draining situations,” explains a Supplemental Research Bulletin by the federal Substance Abuse and Mental Health Services Administration (SAMHSA). “They are also the first to reach out to disaster survivors and provide emotional and physical support to them. These duties, although essential to the entire community, are strenuous to first responders and with time put them at an increased risk of trauma.”
According to the SAMHSA Bulletin, “It is estimated that 30 percent of first responders develop behavioral health conditions including, but not limited to, depression and posttraumatic stress disorder (PTSD), as compared with 20 percent in the general population (Abbot et al., 2015). In a study about suicidality, firefighters were reported to have higher attempt and ideation rates than the general population (Stanley et al., 2016). In law enforcement, the estimates suggest between 125 and 300 police officers commit suicide every year (Badge of Life, 2016).”
Experiencing severe trauma is strongly correlated with substance use disorder (SUD). In a study investigating alcohol use in police officers following Hurricane Katrina, there was a significant association between involvement in the hurricane relief efforts and hazardous alcohol drinking (Heavey et al., 2015). In another study, the average number of alcoholic drinks after Hurricane Katrina increased from 2 to 7 drinks per day (McCanlies et al., 2014).
Many traumatized first responders attempt to alleviate their mental health symptoms with drugs and alcohol. Former police officer Craig K. was one of them. As a young man, the Harmony alumnus entered a work environment where you “push horrible calls to the back of the head,” downplay the horror, and move on. The traditional macho culture prevalent among first responders taught him how to “party like a cop” to release the stress.
When traumatic episodes start to show an impact you still don’t think you have a problem: “They tell you about the stress but they don’t build in a mechanism to deal with it.” One time, Craig was called to the scene of a helicopter crash. The smell of the jet fumes connected with the carnage he was forced to witness is etched into his memory. Craig refers to these traumatic events in his career as demons.
One of his main demons is the Columbine high school shooting. “To this day I can’t hear fire alarms,” he says. “I freak out when I hear fire alarms.” More than twenty years later, Craig is still angry with the teenage perpetrators.
In the aftermath of Columbine, his drinking “took another level” and he could not stop watching the news about the shooting on TV. Like many of his colleagues he was traumatized and felt the police were unjustly blamed for not doing enough to stop the massacre. Craig took it personally.
Family hardships followed: his son was born without an immune system and “everything was thrown out of kilter,” including his marriage. All the while his alcohol use disorder (AUD) became steadily worse. “We started going to therapy” but talking about the health problems of my son was just “an easy way to avoid talking about my problems,” Craig remembers. The inevitable negative consequences started to pile up, he left the police force and got a divorce.
The AUD kept destroying his life, “everything after 2011 is really cloudy.” At the end of last year, Craig finally realized that something was wrong. On New Year’s Eve, he was hospitalized for four days. “I still didn’t realize why I was shaking so much.” After his discharge, he started drinking again and by February he was back in the hospital. On that occasion, “the ER doctor tells me ‘if you keep this up, you’re going to die in three months.’”
By this time, however, Craig was firmly in the grip of active addiction, so he kept on drinking. After getting fired from his job, he saw his pastor who told him about Harmony Foundation. Craig was finally ready to change.
Traumatic life experiences are extremely common among patients with substance use disorder. Because of this strong correlation, trauma-informed care is an important part of addiction treatment at Harmony. All staff have been trained in trauma-informed care. When SUD patients arrive for treatment, they often have few coping skills to deal with their traumatic memories and emotional pain. They have to learn to manage emotions and situations without drugs and alcohol.
Craig finally realized that “ego was not his amigo.” Your ego “makes you cocky and doesn’t allow you to see your real self,” he says. “I rode the ego train 24/7.”
Things are much better now for Craig. “I don’t want to be that person anymore. I’m really excited that I am getting clear and more focused. I’m starting to understand things that I read in the Big Book, that we talk about in meetings, that I’m witnessing.”
At Harmony, he began to learn how to process his trauma, acquiring important coping skills. After his discharge, he connected with a sponsor within a week and—thanks to Zoom—was able to attend several meetings a day. The Daily Reflections and two other AA books go with him everywhere he goes.
“I have to work at this every day. It’s like a diet or going to the gym – you have to put in the work.” If you don’t work on your recovery every single day, you’re cheating yourself.
Recovery is always possible. If you or a loved one is struggling with substance use disorder, or you have questions about our programs, call Harmony today at (970) 432-8075 to get the help needed as soon as possible.

Join us for food, community, and games for a celebration of recovery!…read more
The CCAR Recovery Coach Academy© is a 4-day intensive training academy focusing…read more
View Calendar