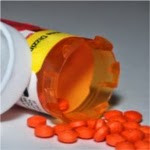 The rise in drug overdose deaths in America has legislators from both sides turning their attention to the insidious problem. Senate Majority Leader Mitch McConnell of Kentucky (R), and Senator Ed Markey of Massachusetts (D) have called upon the Department of Health and Human Services (HHS) to urge the Surgeon General to issue a report on the problem opioid overdose deaths plaguing the country, The Hill reports.

Addiction to opioids and the overdoses related to abuse does not discriminate, people from all walks of life, both red and blue, have lost their lives to prescription drugs and heroin. Senator Markey says the issue “has to be bipartisan,” according to the article.

“Whether it’s Lexington, Massachusetts or Lexington, Kentucky, this epidemic knows no boundaries,” said Markey. “Senator McConnell and I believed that our response should know no political boundaries.”

Recently, McConnell and Senator Bob Casey of Pennsylvania (D), introduced legislation to the HHS for the development of a plan focusing on neonatal abstinence syndrome (NAS). Pregnant women who use opioids put the baby at risk of developing NAS, which requires weeks of intensive medical attention for several weeks after birth.

“This is a bipartisan issue that members of both parties have come together to fight head on,” McConnell said in a statement to The Hill.

Even democratic presidential candidate Hillary Clinton has set her sights on addressing the problem. In Iowa, Clinton spoke about the issue: